India celebrates 75
order National Day August 15; but for Aishwaryaa Rajinikanth and her family, it was a double anniversary as the superstar completed 47 years in the film industry. The actor’s daughters celebrated a special celebration with their father and shared several pictures on social networks.

Saying it was 47 years of Rajiism, Aishwaryaa posted a photo and wrote, “76 years of independence salutes sacrifices, struggles… #proudindian 47 years of #rajinism … tribute give your best! proud to give birth to him #prouddaughter. ”

The photo shows Rajinikanth leaning against a wall that says “47 Years of Rajiism”. Look at the article here!

Aishwaryaa also shared a photo of Rajinikanth and her as she pinned the national flag to his t-shirt.

Previously, the superstar also raised the national flag indoors as part of the ‘Har Ghar Tiranga’ campaign, and marked the 75th milestone.
order Independence Day, he took to Twitter and wrote, “This is the 75th year of independence for India…our homeland. As a mark of respect, and as an expression of solidarity. our own … for all the tens of thousands of people who have endured untold struggles and miseries … pain and humiliation … for all the thousands who have sacrificed themselves for the sake of freedom for this … to all freedom fighters, martyrs and leaders… let us honor and express our gratitude to them… transcending class, respecting religion and politics… Let us pass on the Indian National Flag to our next generation of children and young people to be proudly displayed outside our homes, offices and workplaces. . Join us in celebrating India’s great 75th Independence Day with pride . . . Let our national flags fly everywhere as we salute them. Jai Hind.”

In terms of work, Rajinikanth will be starring in ‘Jailer’ which opens on August 10. Directed by Nelson Dilipkumar, the film stars Rajinikanth, Aishwarya Raai, Ramya Krishnan and Shivarajkumar. There are also rumors that Thamannaah, Sivakarthikeyan, Priyanka Arul Mohan will join the cast of the film. The music will be composed by Anirudh Ravichander. 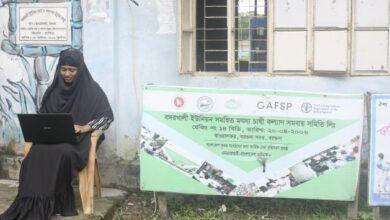