Allison Langdon had a tearful farewell on Friday as she hosted her last Today show.

And the husband of the blonde beauty Mike Willesee Jr. and their children made a surprise visit to the breakfast show’s set to mark her final episode.

The family was on camera as Ally’s co-host Karl Stefanovic told her she was an important member of the Today family and he had a surprise for her. 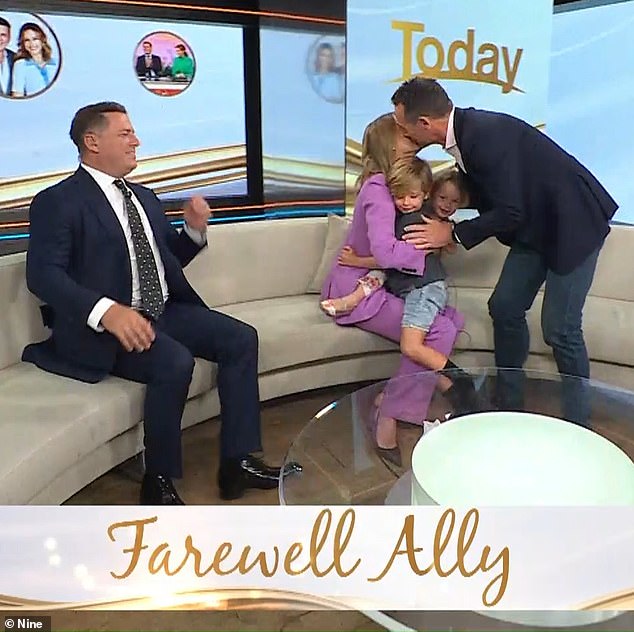 Allison Langdon’s husband, Mike Willesee Jr. and their children – Mack, five, and Scout, four – made a surprise visit to the set of the Today show on Friday to mark her final episode.

Ally couldn’t hide the smile on her face as her four-year-old daughter Scout ran up to her and hugged her, closely followed by her son Mack, five, and husband Mike.

Mike said the family is ‘extremely proud’ of his wife for moving to A Current Affair because of his late father Mike Sr. was the host of the original ACA show.

“It means a lot to the family, the show has been an important part of my family throughout my life,” he said.

He added: ‘For Ally to take over is incredibly special and something I wish Dad was around to witness.’ 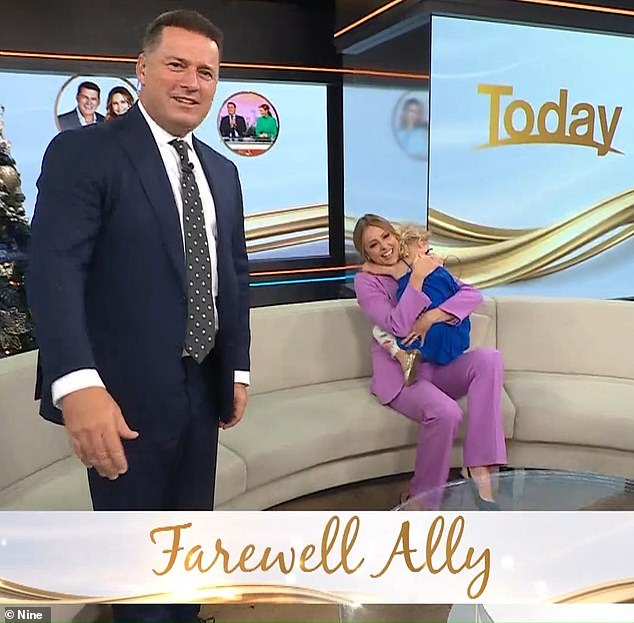 Ally was further shocked when Karl broadcast a video message from her parents Helen and David.

‘Congratulations on your last day. We’re proud that you’ve been true to your values,’ Helen told Ally.

Afterwards, Ally emotionally thanked Karl for supporting her during the three years she co-hosted the breakfast show. 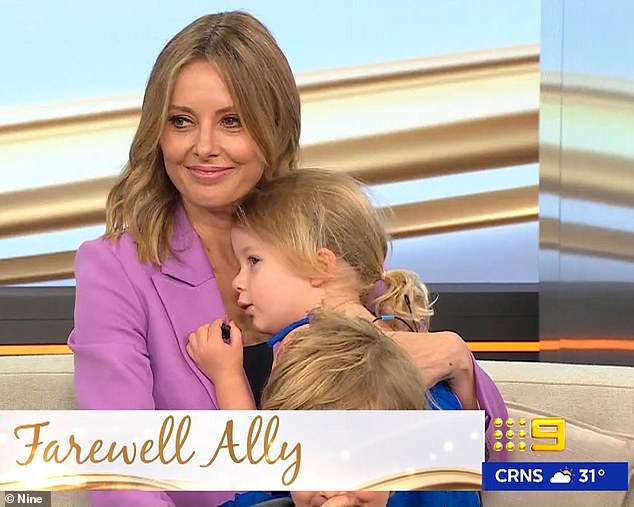 Blonde beauty hugging her daughter on the couch 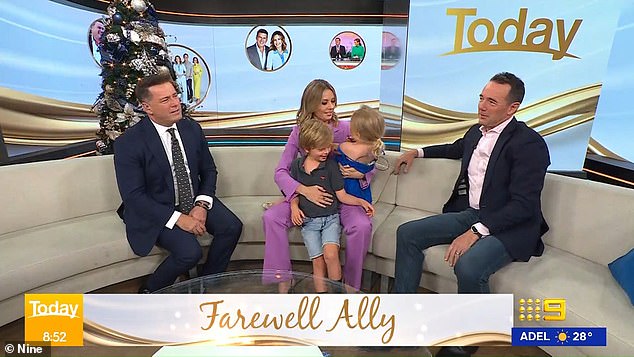 Mike said the family is ‘extremely proud’ of his wife for switching to A Current Affair for his late father Mike Sr. was the host of the original ACA show

Channel Nine confirmed on Sunday that Langdon will be stepping down from her co-host role at Today to replace outgoing ACA host Tracy Grimshaw, 62.

Karl wasted no time discussing the big news on Monday’s broadcast, opening the show by singing along to The Beach Boys’ Kokomo: ‘She will set sail, when she reaches the ACA!’ 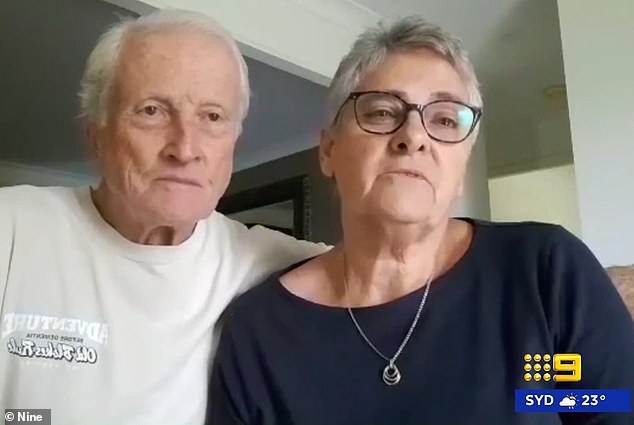 Ally was even more shocked when Karl broadcast a video message from her parents Helen and David. 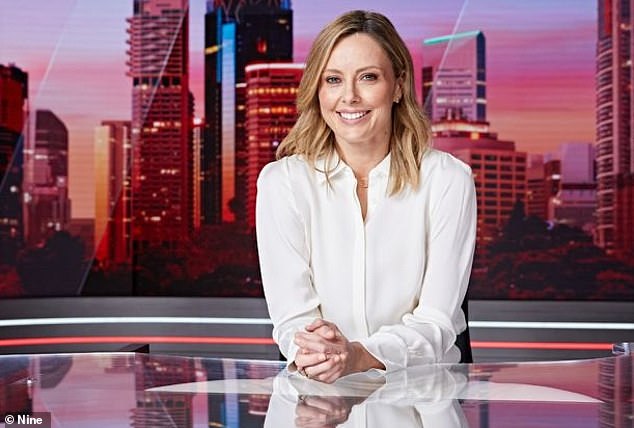 Ally officially leaves the Today show to host A Current Affair in the New Year, following the shocking departure of Tracy Grimshaw

'I feel like I'm losing control of my life': Protester tells CNN why he spoke out 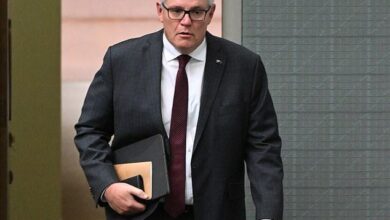 Scott Morrison has had THREE secret jobs during Covid-19; Anthony Albanese on target