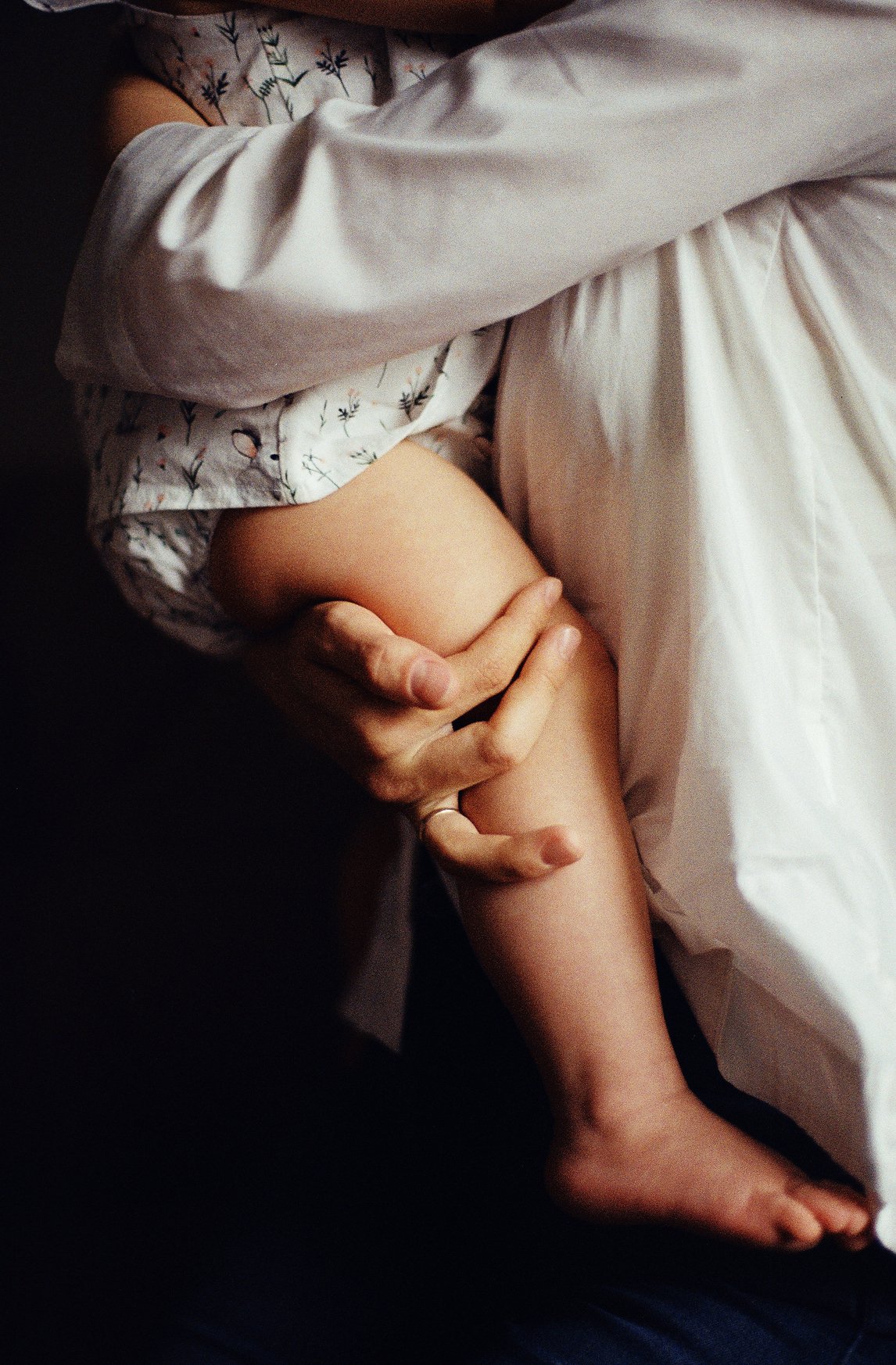 When I was growing up, I always knew my family looked a little bit different.

My sister was seven and a half years old when I was born, which means we hardly grew up together. We now joke (funny/not funny) that we had two separate childhoods: she did math homework while I was breastfed; She left home when I was nine years old. In those early years, at least I remember, she was in her late teens. I really believe all she does is sleep, shower, or study. It wasn’t until adulthood that we started to really feel like sisters.

Our parents never made a secret of why we were apart: they had two stillbirths between us: a boy at 24 weeks and a girl a year later at 23 weeks, when my sister was 4 and then 5 years old. Of course, she lived through it all – watching her mother in bed, trying to stop the contractions; then go to the hospital; and left empty-handed, twice.

When she was pregnant with me, her fourth time, our mother went to bed at 12 weeks and didn’t leave. For five months, my father bathed her from a shallow basin with a towel. They set up a small table in the bedroom for homework and family meals. An au couple moved in, extended friends came to visit to cook and help care for my sister. Every day that our mother gets pregnant is a small victory.

At 35 weeks, the doctor said he couldn’t wait any longer and took me out.

When I started trying for my baby, I had accumulated very little knowledge of ease, either at conception or during pregnancy. My family seems to be a minefield of horror stories. My father and his sister were more than six years apart, and he suspected, though he never asked, that something had happened between those pregnancies. I do not believe that a person can get pregnant, continue to be pregnant. Whenever I hear interesting reports from friends who have just looked at a stick, I always think to myself, just you wait, like I know something they don’t, even though I’ve never been pregnant myself. This is what growing up this way will do for you.

But nothing happened to us: I was pregnant, still pregnant. Our baby was not four or five months, even five weeks earlier than planned. She was 12 days late. I really want her out.

When our daughter was a toddler, our dearest friends went through the same thing as my parents. Their first child, like us, was almost two years old at the time – the girls learned to eat and crawl, walk and talk together. We learned of the passing of a much-desired 20-week pregnancy on a cold February day when my parents from all over the world were visiting.

I read the email aloud to my parents with tears in my eyes, and my dad – always the one who was most emotional – immediately started crying the way he did, with a quick, labored breath and then tears. gush out. My mother, suppressing her emotions as if she was preparing for battle, gave me quick instructions instead.

“Call them now,” she said, “before you can think.”

“But what do I say?” I was still staring at the phone in my hand, tears blurring the screen.

“To speak whatever,” she said. “Just show up. Tell them you love them and are here. The most important thing is that you don’t disappear on them.”

As if in a trance, I entered my daughter’s room at the far end of the apartment and closed the door. I stood by her window and looked out into the dark courtyard. Before I can think too much – say anything – I dialed my friend’s number. Her voicemail came in, I said.

When I returned to the living room, my father’s arms were crossed and pressed tightly to his chest, as if clutching our hearts together. He still had tears streaming down his face. More than 40 years later, this made him cry instantly. My mother had a painful expression on her face. But they knew, all too well, what to do.

“You wait,” my mother said when I asked her what to do next. “And you call back tomorrow, and the next day. People will disappear on them. People were disappearing on us, and it was terrible. No one knows what to say, but you just show up. You just show up. ”

My sister and I have lived, but our parents still know too much about this quiet, quiet underworld.

There was never a time when I didn’t know about the kids, even as a child. This was clearly a choice of my parents, not to keep it a secret from me, to hide nothing. It would be ludicrous if I had tried, for all my sister went through, for all the grief that might have been ingrained in my mother’s blood and bones and organs, even in the womb. grandma’s, when she was growing up I, but the families kept everything a secret. things. Ours never did.

It sounds odd to hear a little girl say to a stranger, my mother has dead children, but it doesn’t seem foreign to me. That seems to be life, like our family, our story. This is why I am there, after all. If those babies are still alive, will I be able to conceive at all?

Knowledge then serves a practical purpose. I have heard very often, Your sister has grown so much! (Or, I would imagine from my sister’s point of view: Your sister is such a baby!)

OH, I will tell, My parents had two stillbirths between us. That’s why we’re apart.

It must have shocked everyone, my frankness, but I never meant it. I mean: This also happens. That space means something.

Now, decades on, I’m amazed by how openly my parents talked about this in the 1970s and 80s, when there was no language about pregnancy loss. There is no burial, no way to honor what happened, almost no words, no rainbow babies or Pregnancy Loss Day. For them – and therefore, for us – there was never a bit of shame or avoidance around it. There are griefs, difficult years, trying and trying again. We know those stories. We all know that my sister and I have been the bright lights at the end of a very dark tunnel, amazing and perfect in our own ways.

But we’re never the whole story, and we know that too. We have no intention of replacing anyone, compensating anyone, even if those children perish while we grow up. The distance between us sisters narrows with the years, just like in adulthood, but in a way it will always be wide: the space of what is witnessed and of what emerges from that space.

Abigail Rasminsky is a writer, editor, and teacher based in Los Angeles. She teaches creative writing at USC’s Keck School of Medicine and writes the weekly newsletter, Person + Agency. She also wrote Cup of Jo about marriage, only children and make friends with neighbors.

PS A love letter from a mother to her unborn childand three women had miscarriages.

It's Cherry Blossom Season And The Photos Are Gorgeous