Local South Korean reports indicate plans Kia is considering to obtain federal tax credits from local manufacturing in the US.

Korean media Maeil Business Newspaper and SBS TV channel reported that Kia is planning to start local production operations in the US from 2024. While Kia has not officially announced any plans yet. As such, there may be some weight in the reports as there have been concerns among the Korean auto giants that the US President signed the Inflation Reduction Act into law.

The Inflation Reduction Act essentially adds federal tax credits for electric vehicles manufactured for the U.S. market in the United States itself. While this may benefit American manufacturers and others with factories in the country, Koreans – mainly Kia and Hyundai – at risk of losing potential market share. In fact, South Korean President Yoon Suk Yeol even expressed displeasure when a senior government official called the Inflation Reduction Act a ‘betrayal’, according to Bloomberg. (Read Full report here)

The US is one of the largest car markets, and electric vehicle adoption here is also one of the fastest. As a result, auto companies are considering offering more and more models to potential customers. While Hyundai has provided Ioniq 5 here, Kia has given EV6 are discounting. Both have plans to massively expand their product lines, but if rivals’ models benefit from incentives, Koreans may be missing out on the proverbial bus.

Last year, Hyundai was the second best performing electric vehicle manufacturer in the US, just behind Tesla. However, the already hot competition is heating up as global brands as well as local companies are making big moves to capture a larger market share.

Josh Allen, Stefon Diggs dominate the win - but the Bills are special 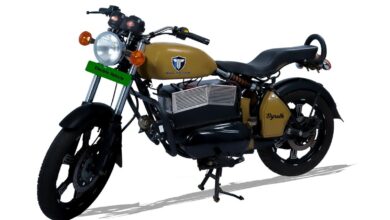