NEW DELHI: ‘s backup army Army Soldiers will introduce how their uniforms and rifle has grown since the 1950s in Republic Day parade this year.
Delhi regional chief of staff Major General Alok Kacker said on Sunday the mechanized columns would also include “a combination of classical and modern weapon systems”.
In the first of the six Army backup squads, the soldiers of the Rajput Regiment are to be seen wearing uniform of the 1950s and carried the vintage Lee-Enfield .303 rifle. Following them will be troops of the Assam Regiment wearing uniforms from the 1960s with .303 rifles.
The Jammu & Kashmir Light Infantry will be the next marching group with 1970s uniforms and 7.62mm self-loading rifles. Soldiers from the Light Infantry Corps and the Sikh Army, respectively, will wear today’s olive green uniforms with 5.56mm INSAS (Indian small arms system) rifles.
New combat uniform with “digital breaking pattern”, first launched on Army Day parade on January 15, commandos of the Parachute Regiment will be armed with Israeli Tavor TAR-21 assault rifles.
There will be a total of 16 reservists marching. Major General Kacker said six are from the Army, one each from the Navy and IAF, four from the Central Armed Police Force, one each from the Delhi National Service and Police Authority, and two from the Army national cadet union, said.
The mechanized columns will range from classic weapons and platforms like Centurion tanks, HT-16 electronic warfare systems and Tiger Cat missile systems to modern ones like Arjun tanks, systems Taran Shakti and Akash surface-to-air missile. US Fed Rate: How the US Fed rate hike will impact the Indian economy | India Business News 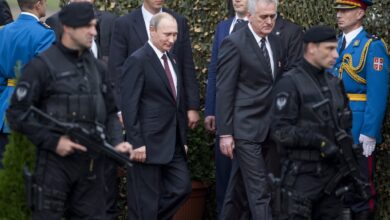