Audi is said to have asked the advertising company to handle the violation as soon as possible.

Audi’s joint venture in China has been forced to apologize for allegedly using a poem in an advertisement without asking the original author’s permission. The joint venture FAW-Volkswagen said the trailer that caused the crash was produced by M&C Saatchi, a UK-based advertising agency. In response to the controversy, Audi requested to take the video down.

The automaker has asked the advertising company to handle the violation as soon as possible, China’s Global Times reported. The ad, directed by Peng Yangjun, stars famous Hong Kong actor Andy Lau, who can be seen introducing the traditional Chinese solar term Xiaoman (seed bud), falling at this time of year. Although the ad was initially well received, it has now sparked controversy.

(Also read | Audi adds Apple Music to many of its models)

The matter came to light when an influencer named ‘Beida Mange’, who is said to have more than four million followers on Douyin, China’s version of TikTok, criticized the brand for copying the work. his.

Later, People’s Daily, a Communist Party publication, shared a video comparing the FAW-Volkswagen advert to Beida Mange’s work, with both clips appearing to have the same content. The original ad has since been taken down but it sparked a debate on Weibo, another Chinese social media site, about copyright. In fact, many people allege that Mange was not the first to come up with the idea and that he copied it from other users.

'The Sims 4' players can now customize their character pronouns 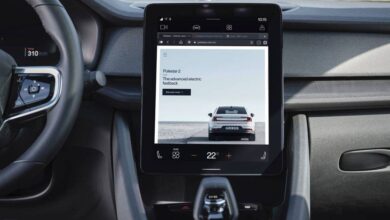