With Batur, Bentley will launch a new design language for the brand.

Bentley The Bentley Mulliner Batur will make its global debut at Monterey Car Week next weekend. With this new model, Bentley will launch a new design language for the brand. The ultra-premium car maker says this new design will form the basis for future Bentley battery electric vehicles that the company plans to launch in 2025.

Bentley Mulliner Batur is named after Lake Batur located in Kintamani on the island of Bali, Indonesia. It is considered to be the successor of Bentley Bacalar, however, Bentley insists that its new design will make it stand out more. The car’s new design reinterprets classic touches into new, cleaner and more modern forms.

Like Bentley Bacalar, customers will also be able to personalize the Batur to their liking. Any color and finish of any surface and composition can be desired to create a custom Bentley Batur. The company shares that material options include sustainable natural fiber composites, low-CO2 leather, and even 3D-printed 18K gold.

Bentley Batur will be equipped with a W12 engine capable of generating tremendous power and torque, although the automaker has not disclosed figures. As the brand slowly begins its transition to electrification, Bentley will go to great lengths to use the W12 engine in what it calls the ultimate Bentley grand tourer, the Batur. The new car’s chassis will be the most advanced to match the power of the powertrain that will give the grand tourer the ability to drive on a straight line. 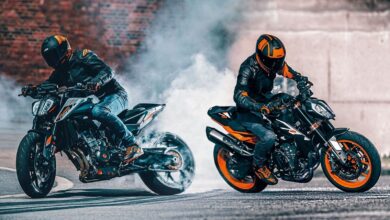 KTM 790 Duke 2023 launched in Europe. Is India debuting on these cards? Sion could be the first ‘affordable’ solar-powered electric car