French President Emmanuel Macron and US President Joe Biden hold a joint news conference in the East Room of the White House in Washington, December 1, 2022.

Our President Joe Biden and the president of France Emmanuel Macron emphasizes the importance of alliances between nations amid European uncertainty over Russia’s invasion of Ukraine – even as France talks about some key elements of Biden’s Inflation Reduction Act.

The two leaders spoke to reporters during a joint press conference at the White House after a meeting that lasted more than two hours. Macron is visiting the United States as Biden’s guest at the first state banquet of his presidency. Ukraine is a top priority for leaders, who have worried about Russia bombing civilian infrastructure as winter approaches.

“I think what Emmanuel said is very important: We have to support the Ukrainian people,” Biden said. “The idea that Putin will defeat Ukraine is incomprehensible.”

“It is very important that the United States supports the Ukrainian people at this time, not only for Ukrainians, but also for Europeans, who we are. This is why we thank you for your support. solidarity, for the stability of our world today,” Macron said. “Because if we assume we can abandon the country and give up full respect for its principles, that means there can be no stability in this world.”

Despite the stated strong friendship between the two leaders, Macron before the bilateral meeting expressed disappointment over Biden’s signature legislative achievement, the Inflation Reduction Act, which will affect the European economy Europe like.

Macron criticized the law at a luncheon on Wednesday and in a speech at the French Embassy. Mr. Macron said European leaders fear the huge tax incentives will spur companies from Europe to the US to create climate-friendly technology like electric cars.

In the press conference after their meeting, Macron said he felt his questions about the law had been fully answered and that he would return to Europe with a clear understanding of what steps to take.

“We’re really not here just to ask for proof of love. We were here, we agreed on a strategy and made it clear what needed to be clarified and we did it.” Macron said. “I’m going home confident as well as informed about what has to be done on the European side, which is a good thing.”

Macron said that even if Biden does not intend to harm allies with the law, the reality is that it affects France. He said the two countries need to “resynchronize” their policies to achieve their common climate goals.

“We will study technical factors to ensure that there is no domino effect on ongoing projects in Europe,” Macron said. “We want to succeed together, not one against the other.”

Biden said the two discussed “practical steps to coordinate and align our approaches” so that supply chains, manufacturing and innovation are consolidated “on both sides of the Atlantic. ” He added that both leaders have asked their teams to follow up on this.

When asked how he felt about the discussion with Macron and the agreement on the tax credits, Biden simply said “I’m confident. That’s my answer.”

This is not the first time the Biden administration’s policies have upset the French government. France quickly withdrew its ambassador to the US last fall after Biden negotiated a submarine purchase deal with Australia without notifying France. At the time, Biden called the diplomatic mistake “clumsy” and the leaders agreed to repair their relationship. U.K. saves ‘grandparent’ of all modern skyscrapers, built in 1796 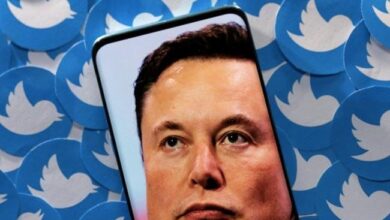