Bigg Boss 16 is only a week away, and its promotions have everyone curious. With the slogan ‘Iss baar Bigg Boss khud khelega’, the advertising program has attracted the attention of the audience.

Take a look at the ad:

This time, many famous names participated in the rounds. With names like Sreejita De and Sajid Khan almost confirmed, ETimes TV has just reported that Sumbul Touqeer, Shiv Thakare and Sanjay Gagnani will most likely be featured on the show. Reportedly, Sanjay could join the show a week later as an element of surprise.

In addition to them, social media feels the names of Just Sul and Abdu Rozik are also active. Both have huge fan followings on social media and huge traction on the internet.

The contestants, who are expected to take part in the show, include Munawar Faruqui, Jannat Zubair, Faisal Shaikh, Tina Dattaa, and Fahmaan Khan among others.

Recently, Divyanka Tripathi clarified on social networks when sharing that contrary to the information given, she was not part of the controversial reality show.

The show will premiere on October 1, 9:30 p.m. onwards, and the introductory episodes will be split into two parts – Saturday and Sunday.

How to Support Someone With a Chronic Illness 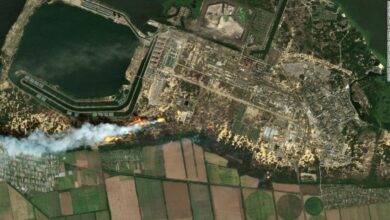 From taking lives to saving lives, in the Democratic Republic of the Congo – Global Issues