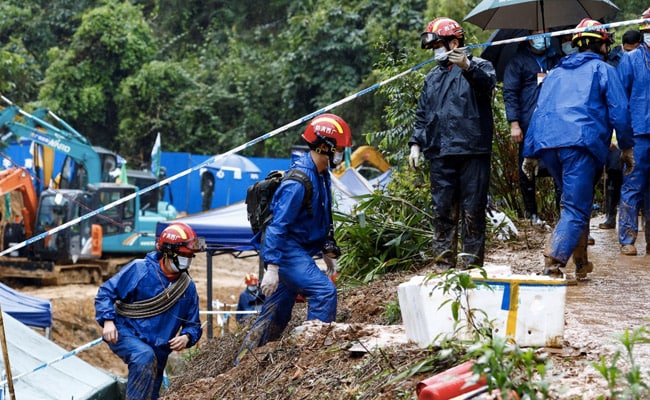 Chinese authorities on Sunday recovered a second black box from a China Eastern Airlines jet that crashed into a mountainside last Monday with 132 people on board, state media reported.

This is how black box reading works.

What is a black box?

They are not actually black but a high-visibility orange. Experts disagree on the origin of the moniker, but it has become synonymous with the quest for answers when planes crash.

Many historians attribute their invention to Australian scientist David Warren in the 1950s. They are mandatory.

The purpose is not to establish liability but to determine the cause and help prevent accidents.

How did they develop?

The first devices recorded limited data over wire or foil. Modern ones use solid state memory.

The recordings are placed inside crash-survivable containers that can withstand 3,400 times the force of gravity at impact.

Both black box recordings were recovered from an Ethiopian Airlines 737 MAX crash in March 2019, which, like the China Eastern plane, plunged to the ground at very high speeds.

How big are they?

They weigh about 10 pounds (4.5 kg) and contain four main parts:

* within that, on-chip recordings or older formats.

There are two recorders: a CVR for the pilot’s voice and cockpit sounds, and an FDR that records information about parameters including altitude, speed, course, and thrust.

How will the tape recorder be handled?

The technician peels off the protective material and carefully cleans the connections to make sure they don’t accidentally delete data. Audio or data files must be downloaded and copied.

The data itself doesn’t mean anything at first. It must be decoded from the raw files before being converted to a graph.

Investigators sometimes use “spectral analysis” — a way of testing acoustics that allows scientists to recognize the barely audible alarms or the first fleeting burst of an explosion.

How much information is there?

Both the black boxes of the China Eastern jets were made by Honeywell, Chinese accident investigator Mao Yanfeng told reporters on Wednesday, without naming the models.

He said the CVR installed at the back of the passenger cabin has a recording time of two to three hours, with four channels including the captain and first officer, one backup channel and one for ambient noise. in the cockpit.

Mao said the FDR in the rear of the cargo compartment had a recording time of 25 hours with about 1,000 data parameters.

Where will the data be read?

The CVR, discovered first, was sent to an institute in Beijing for decoding.

Mao said that the audio recordings from the CVR that were left over from the accident were in relatively good condition.

It can take 10 to 15 days for preliminary analysis and longer before final conclusions can be presented in a report, according to Chinese state media.

The FDR will be sent to Beijing for inspection on Sunday, according to state media.

When will the results be made public?

Interim reports of an accident are released after a month but are usually very sparse. Further investigations take a year or more to complete.

Aviation accidents are often the result of a combination of factors, experts say.

Cancer: Fruit may protect against cancer by 'slowing' tumor growth

Europe's Delta COVID Surges Show It Can Be Controlled A photographer’s view of Jordan’s many splendors