The Ranbir Kapoor and Alia Bhatt starring ‘Brahmastra’ is going strong at the box office.

The film nearing the end of its second week at ticket stores has earned around Rs 47.50 crore. Director Ayan Mukerji added another Rs 3 crore to his kitty on a second Wednesday, thus bringing his collection overall to an estimated Rs 190.50.

According to boxofficeindia.com, the film is likely to end its second weekend with a total of Rs 50 crore and could hit the Rs 200 mark by the third weekend at the box office.

The drop in collections is thought to be a bit more than usual on weekdays, but that’s mainly due to the larger crowds that go to cinemas on Fridays. Another reason for the drop in fares is said to be cheaper weekday fares.

‘Brahmastra’ is doing well on all circuits, but is still grossing larger amounts in Mumbai, which is currently leading like around a third of revenue for Hindi films. Nizam/Andhra is the standout circuit but that’s because the Telugu version has also contributed to the box office.

Team ‘Brahmastra’ celebrated the success of the film. On the other hand, the director has already started preparing for the upcoming sequel that will be about both light and darkness. ‘Part One: Shiva’, is just the setup for two upcoming installments in the epic action-adventure series.

The first chapter tells of Ranbir’s Shiva, who unlocks his powers to use the astra ‘Agni’ (fire) after he meets the ‘love of his life’ Isha (Alia). The two embark on a journey to find answers about their origins as they battle the dark forces that are destroying the world as the main premise of the story.

“Love is light” is my line for the movie. “Brahmastra: Part One” used to be called “Love” for the longest time because that was the theme of the movie. It’s a love story and Shiva gets his strength from love. But ‘Part Two: Dev’ will be a darker and more gripping tale of dramatic conflict. The sequels will definitely be darker,” Mukerji told PTI in an interview. How can Donald Trump win again with numbers like these? 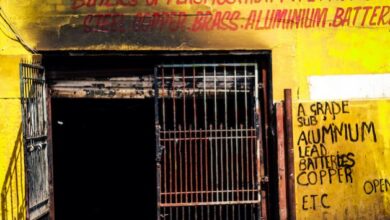