The Ukrainian Embassy in the UK tweeted a photo of the two leaders meeting with the one-word caption: “Surprise”.

Andriy Sybiha, deputy office of the president of Ukraine, also announced the meeting in a Facebook post, saying that the two had a “face-to-face meeting” in Kyiv.

Johnson announced on Friday that the UK will send more Starstreak air defense missiles, 800 anti-tank missiles and other “high-end military equipment” worth $130 million to support the military’s fight against Russia. Ukraine.

The prime minister linked the vicious attack on Kramatorsk train station in eastern Donetsk, where at least 52 people were killed Friday by Russian bombing, to his latest pledge of military support to the Kyiv government .

President Zelenskyy called for a “resolute global response” to the missile attack on the station, which was crowded with women, children and the elderly.

Local officials estimate that about 4,000 people were gathered there at the time of the bombing.

The Russian Defense Ministry denied responsibility for the attack, in a statement saying the missiles that hit the station were used only by the Ukrainian military and that the Russian armed forces had no targets assigned to them. Kramatorsk on Friday.

The ministry said all statements by Ukrainian authorities about the attack were “provocative”.

“Stand Up for Ukraine,” an event pledging global aid to Ukrainian refugees, raised $11 billion on Saturday.

Convened by EU officials and Canadian Prime Minister Justin Trudeau, the “Stand Up for Ukraine” campaign has raised money to support internally displaced people and refugees who have already left the country. More than 4.4 million refugees have left Ukraine since the Russian invasion began on February 24.

The fundraising event includes a social media rally on Friday and a pledge conference on Saturday. On both sides of the Korean Peninsula, keep an eye on Washington’s response to Russia Ukraine Invasion: How Russia Attacked and What Happened Next 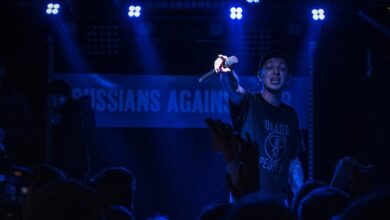