Parliament voted 148-46 with an abstention in favor of weapons for Kiev after months of political wrangling over the issue in the Balkan NATO member state.

Bulgaria had previously agreed to repair Ukrainian military equipment at its factories but refused to send weapons directly due to objections from President Rumen Radev and the country’s pro-Moscow political parties.

Along with Hungary, Bulgaria is the only European Union member state that initially refused to supply Ukraine with weapons after the Russian invasion.

While the full list of weapons remains secret, cabinet members told reporters ahead of the vote that the package includes small arms and ammunition.

Defense Minister Dimitar Stoyanov said in a television interview that the aid was “completely in line with Ukraine’s priorities” but added that Bulgaria would not provide the S-300 missile system nor the aircraft. MiG-29 fighter jet.

Lawmakers also approved an agreement between the Bulgarian and Ukrainian defense ministries on the transfer of weapons, equipment and ammunition. The agreement includes the training of up to 60 personnel from Ukraine’s armed forces as combat medics. 6 Killed In Alabama As Tornado Strikes Southern US 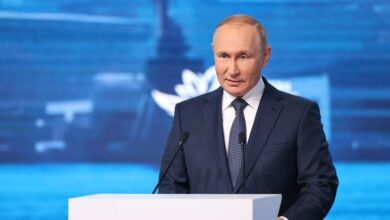