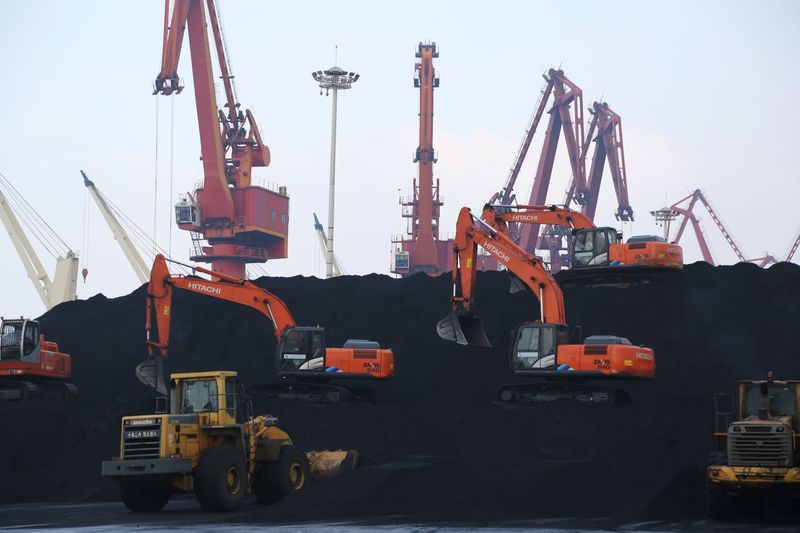 SINGAPORE (Reuters) – China’s coal imports from Russia rose in August, surpassing the previous month’s level and hitting their highest level in at least five years, as power companies in the world’s biggest coal consumer The world is looking for supplies from abroad to meet skyrocketing demand during inclement weather.

Russia’s coal imports last month reached 8.54 million tons, up from the previous peak of 7.42 million tons in July and 57% higher than the same period last year, data from the General Administration of Customs showed. officials showed on Tuesday.

The monthly figure is the highest since comparative statistics began in 2017.

Imports from Russia have surged in recent months as Europe stopped buying from the country after it sent tens of thousands of troops into Ukraine, forcing Russian coal to be traded at steep discounts.

Traders said that the price of Russian coal has increased as both China and India have increased purchases, but it is still cheaper than domestic coal of the same quality.

Russian thermal coal at 5,500 kcal on a delivery basis to China was valued at around $155/mt at the end of August, up from around $150/mt a month earlier.

Due to the drought and severe heatwave that hit western and southern China since late July, coal-fired power plants have ramped up production to meet the sudden spike in demand for air conditioners and lack of energy. supply shortage from hydroelectric power plants.

Data shows that China imported 15.82 million tons of dirty fuel from top supplier Indonesia in August, 35% higher than in July.

But this figure is still lower than the 17.3 million tons imported in August last year.

The increase in Indonesian coal purchases due to attractive prices has encouraged utility companies to place more orders. In August, Indonesia’s 3,800 kcal coal-fired thermal coal was about 170 yuan (US$24.26) per ton cheaper than China’s coal of the same quality, and the price of 4,700 kcal coal was 140 yuan less.

Power companies are expected to increase imports in October to replenish reserves before the start of the heating season in most of northern China in mid-November.

However, as the yuan continues to depreciate, imported coal will become more expensive for Chinese buyers and potentially dampen demand.

'We are staying': Honda Cars quells rumors of leaving India