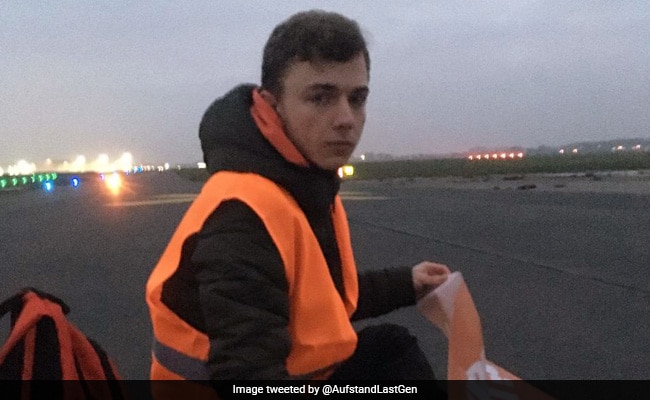 Activists in Berlin were glued to the airport runway.

Berlin-Brandenburg Airport closed its take-off and landing runways on Thursday due to climate protesters jumping on the runway and glued to the runway, according to sky news.

The news agency further reported that activists from the environmental group Last Generation, who said a 70-year-old man was among those involved, were also seen cycling through the shunt area – disrupted air traffic.

The video shows members of the group climbing over a wire fence that had been cut to reach the runway. The group called on the public to stop air travel and the government to stop subsidizing it.

“Airplanes are not a means of transportation for ordinary people,” Letzte Generation said in a statement. “Most people – about 80% of the world’s population – have never been on a plane in their life. A wealthy percent of the population is responsible for about half of flight-related greenhouse gas emissions.”

According to the American newspaper Hill, The airport resumed flying operations on its runway on Thursday evening local time, but warned that there would still be delays and called for patience.

Letzte Generation has previously engaged in similar stunts. Two of the group’s protesters last month threw mashed potatoes at a Claude Monet painting at the Barberini Museum in Germany in an attempt to call attention to the climate crisis.

An airport spokesman said the activists entered the airport from two points north and south, and police arrested them, the news agency reported. Reuters.

A spokesman could not say how many flights were affected.

Flight tracking website FlightRadar24 shows that some of the planes originally headed for the airport have changed course.

About 13 flights were diverted to airports in the eastern state of Saxony by 6 p.m. (1700 GMT), broadcaster rbb reported, citing Mitteldeutsche Flughafen AG, which operates the airports in Dresden and Leipzig. .

Is Varun Dhawan’s sense of smell as good as a Bhediya’s? He took the smell test

Exclusive! Shehnaaz Gill on her love for singing: Whenever I’m sad or want to distract myself, music comes to my rescue FTX’s FTT token plunges 80%, wiping out over $2 billion in value 200 Asylum-Seeking Children Missing, Some Under The Age Of 16, Says UK