HAVANA – Colombia’s new government and members of the nation’s last guerrilla group took steps on Friday to restart peace talks that were suspended three years ago in Cuba.

After a meeting between representatives of both sides in Havana, Colombia’s national peace commissioner, Danilo Rueda, said the government would take the “judicial and political steps” necessary to make it possible to hold talks. negotiated peace with the National Liberation Army, known as the ELN.

That includes lifting arrest warrants for ELN negotiators currently living in exile in Cuba, he said.

The administration of newly inaugurated President Gustavo Petro will join the ELN delegation and treat them as legitimate representatives of the rebel group, Rueda said.

“We believe that the ELN has the same desire for peace as the Colombian government,” Rueda said in its statement. “And hopefully they are listening to the many voices in different territories who are looking for a peaceful solution to this armed conflict.”

Peace talks between Colombia’s previous government and the ELN were terminated in 2019 after rebels planted a car bomb at a police academy in Bogota and killed more than 20 cadets.

Following that incident, Colombian authorities issued arrest warrants for ELN leaders in Cuba for peace talks. But Cuba refused to extradite them, arguing that doing so would damage its position as a neutral country in the conflict and disrupt diplomatic protocols.

The United States responded by placing Cuba on its list of state sponsors of terrorism.

Petro said he wanted to start peace talks with the nation’s remaining armed groups in an effort to reduce violence in rural areas and bring lasting peace to the nation of 50 million people.

A 2016 peace agreement between the government and the nation’s largest guerrilla army, the Revolutionary Armed Forces of Colombia, or FARC, helped reduce kidnappings, murders and forced displacement.

However, violence broke out in some parts of the country as FARC-organized, drug-trafficking groups and ELNs battled cocaine smuggling routes, illegal mines, and other resources. abandoned by the FARC.

In July, criminal groups staged nearly 90 attacks on police and military, killing 13 officers, according to CERAC, an organization that monitors violence in Colombia. That makes it one of the deadliest months for the Colombian armed forces in the past two decades.

The ELN, founded in the 1960s, has long been designated a foreign terrorist organization by the US State Department. The group has about 2,500 fighters in Colombia and also runs drug trafficking, extortion and illegal mining in neighboring Venezuela. 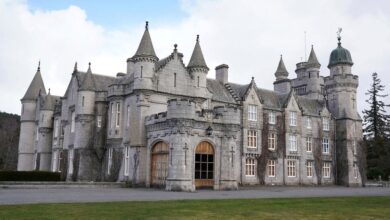 Where is Balmoral Castle? – The New York Times ‘Our phoenix’: Lula’s ups and downs in Brazil defy belief 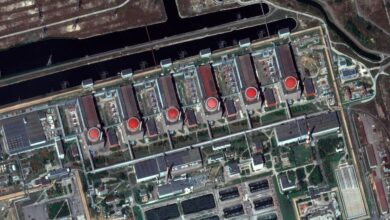 Why have inspectors not yet visited the Zaporizhzhia nuclear plant?