BEIRUT – Music pulsates as colored lights dance across the crowd. The DJs kept the party going until dawn. It is like any other protest, expect this time to be held at a medieval castle, Krak des Chevaliers, one of Syria’s most beloved cultural landmarks.

Before the Syrian civil war, tourists flocked to the country to learn its rich history and tour its quaint cities and castles – six of which have been designated as UNESCO World Heritage Sites by the United Nations. World Product.

In 2013, as the war intensified, UNESCO listed all six of them List of World Heritage in Danger, a designation they hope will “mobilize all possible support to safeguard these assets.” But the conflict will do terrible damage, and the violence has prevented UNESCO from working to repair the damage. Now, with the war over, cultural experts are still struggling to access the sites, and they fear no one is working to protect them.

The devastation over the past decade has been enormous. Krak des Chevaliers, or al-Hosn castle, is to hit in 2012 and 2013, damaged at least one tower. The ancient city of Palmyra is devastated by Islamic State fighters, who partially blew up a Roman amphitheater, which they used for public executions, and destroyed the huge temples and triumphal arches honoring the Roman Emperor. Code Septimius Severus. UNESCO condemned the destruction as a “war crime”.

The government now controls five of the six World Heritage Sites and has reopened them to tourists. But UNESCO said it conducted assessment visits to just three of the sites, citing security concerns. Since 2011, experts have been unable to reach Krak des Chevaliers in western Syria, nor Qal’at Salah El-Din, a Byzantine-era fortress, and the ancient Roman city of Bosra.

“The restoration and restoration of cultural heritage and cities can only take place after the conflict is resolved,” the UNESCO World Heritage Center said when asked about the lack of access.

The UN’s intervention in Syria is limited to humanitarian issues, the World Heritage Center wrote in a brief email, saying it “supports the protection of Syria’s cultural heritage from afar. On the one hand, we assess the damage caused to cultural heritage, using remote sensing techniques. … On the other hand, we offer advice to prepare for the restoration of World Heritage Sites ravaged by conflict”.

Pictures of a dance party at the Krak des Chevaliers last month raised alarm among experts, who were already worried that the government was prioritizing tourism over conservation.

Amid criticism, Western tourists returning to Syria are battered

“Forget the compliments and all that: You usually have [foot] Amr Al-Azm, a professor of anthropology and Middle Eastern history at Shawnee State University in Ohio, who worked in the country before the war. “As a site manager, you are always trying to balance the needs of the local community, the need to protect the site, and the need to maintain the site.”

The problem today, Azm said, “is no oversight. We do not know who is responsible and have a history of using these sites for unusual functions, which subsequently resulted in substantial damage to the site itself. “

Azm recalls an example from before the war, in the early 2000s, when air conditioners were installed on the roof of Aleppo Citadel for a World Heritage conference. Subsequent damage to the ancient walls caused a scandal and led to an investigation.

“When you are unattended and someone comes in and does something like that, you incur a lot of significant irreparable damage to the site itself,” says Azm. Such damage could lead to sites being removed from the World Heritage list, which happened to Liverpool’s Victorian piers after UNESCO concluded that years of development had caused “loss of irrecoverable cool”.

Instead of bringing in international experts, the Syrian Ministry of Culture and event organizers said they would make every effort to ensure the venues were handled with care.

When 30-year-old Michael Atallah and his partners started the entertainment venture Siin Experience, their aim was to bring electronic music to Syria and combine it with the country’s famous heritage – Sin is the name of the Mesopotamian moon god. They want to get young Syrians excited about the ancient sites, which most only visit during dreary school trips.

Atallah lost track of how many places they had registered before finally winning the right to hold the rave at Krak des Chevaliers. To help promote the idea, he said, they showed the Ministry of Culture examples of concerts at other ancient sites, such as those held at the Théâtre Antique d’Orange in the La Roman era. Code in France. “We always try to show them that this is being done abroad,” he said.

The team then recruited a music engineer from Lebanon – the region’s destination for electronic buskers and general parties – who paid particular attention to the effects of vibrations on structures. old bamboo. Atallah says it’s not just a matter of preservation. He was also worried that the old stones might peel off and fall into the crowd.

The planners initially envisioned their event inside the fortifications, but the Culture Ministry denied them access after studying the request.

Atallah said: “We did not enter an inch of the castle.

The event, attended by 1,200 people, was held in the parking lot outside, with the castle’s quaint walls serving as the backdrop for the DJs’ turntables. Lasers beam across the stone structure, sometimes drawing purple and green lines along the edges, giving the impression of a massive childish drawing of a neon-painted black castle. After that, red lights flooded everywhere, making the walls come to life.

Atallah hopes this will be the first in a series of consecutive parties at historic sites. From the famous Khan Assad Pasha, a caravan in Old Damascus, to the courtyard of the Citadel of Damascus, he wants to showcase what his weary country still has to offer.

“People come to you at the end of the night and say to you, ‘You’re helping me stay in this country,'” he said. Everyone – the organizers, the musicians, the crowd – can finally “let out all the negative energy we’re all feeling”. Could Only Think About Pain: Patients Narrate Monkeypox Experience 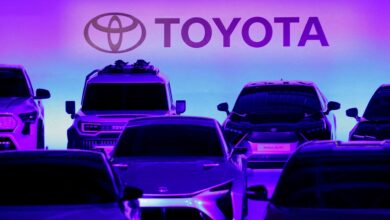