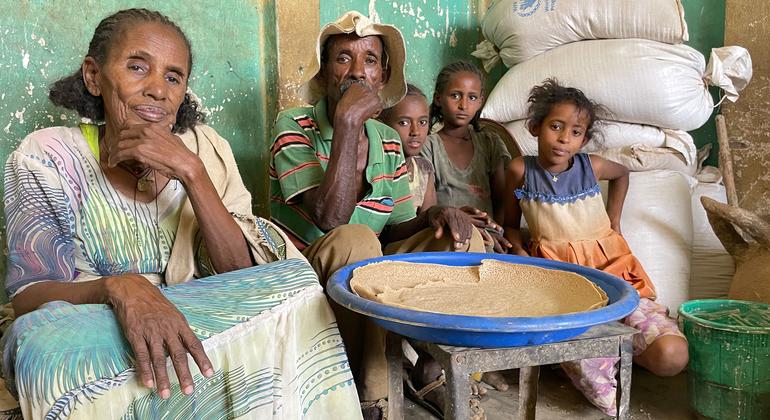 World food program (WFP) morenote that as of April, the Food Price Index in Ethiopia has increased by 43% compared to the same month last year.

Meanwhile, the prices of vegetable oils and cereals increased by more than 89% and 37% respectively over the same period last year.

Hunger is gripping 20 million people in #Ethiopia who face conflict in the north and drought in the south while dwindling resources mean food and nutritional support could run out from next month, @WFP warning todayhttps://t.co/vJSVfltiTS

According to WFP, 19 months of war have forced more than 13 million people in the North to receive humanitarian food assistance, mainly in conflict-affected areas in the Afar, Amhara and Tigray regions..

In the past two months, since the Government declared a humanitarian armistice, food and humanitarian supplies have poured into the Tigray area.

And while WFP has delivered more than 100,000 tonnes of food since April 1 – enough to feed 5.9 million people for a month – fuel deliveries have not kept up.

Less than half of the two million liters of fuel needed have been brought into the region in recent weeks.

WFP has finally been able to meet the food needs of more than 800,000 people in Tigray and has just completed the most recent emergency food rations delivery to 1.3 million people in Afar and Amhara.

In Tigray, more than 20% of children under 5 years of age and half of pregnant and lactating women are malnourished.according to WFP.

Meanwhile, 32% of parents in Afar zone 4 – one of the five administrative regions in the region – and 16% in Amhara said that in the previous three months, malnutrition had forced their children under 5 to go to medical Center.

A recent WFP review of conflict-affected areas in both regions also cites this.

And in southern and southeastern Ethiopia, an estimated 7.4 million people wake up hungry every day as the country grapples with its fourth consecutive failed rainy season.

At the same time, The ripple effect of the war in Ukraine could exacerbate Ethiopia’s food security crisis.

With more than three-quarters of WFP and government wheat production – a national staple – coming from Ukraine or Russia, the precarious situation there is threatening to push its costs, as well as fertilizers, beyond beyond the means of millions of Ethiopian farmers.

Humanitarian activities in danger of shutting down

Financial resources to treat more than 1.4 million severely malnourished women and children in Northern Ethiopia are rapidly running out.

To date, severe funding shortages have allowed WFP activities to provide nutritional treatments only to 40% of affected mothers and children in northern Ethiopia between May and June. 1 to April. That means only 560,000 out of 1.4 million targets.

And this gap has forced ration cuts for the more than 700,000 refugees there, who currently receive only 50% of their minimum nutritional needs.

WFP is aiming to reach more than 11 million of the most vulnerable in the next six months but is grappling with a staggering $470 million funding gap.