As the world enters a new year, many infectious disease and public health experts predict that tracking novel coronavirus variants will be an increasingly important part of Covid-19 mitigation efforts – and some are turning their attention to the increase in cases in China.

Sub-variants of the Omicron coronavirus variant continue to circulate around the globe, and “we’re seeing Omicron do what the virus does, which is it creates mutations along the way to help it evade. some immunity from a previous infection or vaccination,” said Andrew Pekosz, a microbiologist and immunologist at Johns Hopkins Bloomberg School of Public Health in Baltimore.

“We haven’t seen any big jumps in the development of Omicron in a while,” he said. But “it’s getting to a stage where we have to keep watching.”

In the United States, subvariants of Omicron, BQ.1.1, BQ.1, XBB, BA.5, BF.7 and BN.1 are causing most of the Covid-19 infections, according to the report. data from the US Centers for Disease Control and Prevention.

Omicron affiliates also seem to dominate globally, but as the coronavirus continues to spread – especially in China after Beijing quickly eased restrictions – there are now concerns about the trends of Covid- 19 in 2023 and the risk of new variants appearing.

“It’s worrying,” said Dr. William Schaffner, professor in the Department of Infectious Diseases at Vanderbilt University Medical Center in Nashville and medical director of National organization for infectious diseases. “And that, of course, has led to the CDC’s recent announcement that they will make it mandatory for people arriving in this country from China to test and test negative before they can enter the country.”

US health officials announced Wednesday that, starting January 5, travelers from China will be required to present a negative Covid-19 test result before flying to the country. . Passengers arriving in the United States from China will be required to be tested no more than two days prior to travel and present proof of a negative test to their airline prior to boarding.

Officials also announced that the CDC is expanding its Traveler-Based Genome Surveillance Program to airports in Seattle and Los Angeles, bringing the total number of participating airports to seven with approximately 500 weekly flights. from at least 30 countries, including about 290 weekly flights from China and surrounding regions.

Schaffner said the Chinese government has not shared much information about the genetic makeup of the viruses it sees there.

“Because the Chinese government didn’t do that, that’s the main reason the CDC made this new travel requirement. It is certainly not to prevent the simple transmission of Covid from China here. We have a lot of Covid. It’s like telling people not to pour a bucket of water into the pool,” he said. “This travel test request is a way to buy us time and help create some sort of buffer between us and China, should a new variant suddenly appear in that country.”

He added that the United States will need “as much time as possible” to update vaccines and antiviral drugs to deal with a potentially worrisome emerging variant.

“Honestly, I don’t think we’ll see much of a benefit,” he said of the travel requirements. “The most important thing we need right now is, we need China to be more transparent and let us know exactly what is going on, and that is almost a diplomatic decision. This is about diplomacy.”

Regarding the genetic data about the coronavirus in China that is accessible to the public, “It’s really a black hole,” Pekosz said. Almost 250 million people in China may have been infected with Covid-19 for the first 20 days of December, according to internal estimates from the nation’s top health officials, Bloomberg News and Financial Times reported last week.

“For me, what is really worrying is the ongoing infection and whether they will produce more variants in China, which could be of particular concern for us and the future. Testing people before they get on the plane is not going to answer that question,” Pekosz said.

“What we really need is to do a better job of sequencing the virus from individuals who have traveled from China so that we can assist in understanding the types of variants circulating there,” he said. , adding that throughout the pandemic, Chinese officials have not been transparent about their data on variations.

The continued spread of the virus is what can lead to the emergence of variants. The more the virus spreads, the more it mutates.

“For a variant to emerge – and this is true not only for Covid, but also for the flu and so many other viruses – the most important thing is that the more cases you have, the more virus there is. ability to start accumulating. Pekosz said the mutations may be able to evade immunity more effectively or transmit disease more efficiently.

“So when you have a situation like what’s starting to happen in China, where you’re going to have millions and millions of infections, every single one of those infections is just an additional opportunity to– Withdrawal receives a possible random mutation. make it better to infect people,” he said. “Combine that with the fact that the Chinese people have been using suboptimal vaccines and don’t seem to be as good at getting boosters into their people as other countries, that means is immunity in people may be lower. .”

Health authorities in China have “significantly increased” the number of coronavirus genome sequences and other related data they are submitting to the Commission. GISAID global databasean initiative to maintain databases for scientists around the world to share data on influenza and coronaviruses.

But many experts argue that it is not enough.

GISAID said in an email to CNN Wednesday that China’s Centers for Disease Control and Prevention, and several regional centers in the country, “significantly increased the number of genomic and meta-sequencing submissions relevant data from samples taken in recent days.”

The GISAID data science initiative announced that it has released genome sequence data from 167 SARS-CoV-2 samples collected during the current outbreak in China. SARS-CoV-2 is the name of the virus that causes the Covid-19 disease. GISAID also confirmed that the sequences from China “all closely resemble the known global circulating variants seen in different parts of the world between July and December 2022.” ,” compared with 14.4 million genomes in the GISAID database.

“These latest data provide an overview of the evolution of Omicron variants and show that the most recently shared sequences from China are closely related to the Omicron variants. been circulating for a while,” according to the GISAID Data Science Initiative.

“Covid-19 is currently in a relatively “stable” state in the United States, but the country still sees about 350 deaths linked to it, said Dr. Jessica Justman, an associate professor of medicine in epidemiology. related to this disease every day. Columbia University Mailman School of Public Health and senior technical director of the ICAP global health program.

While Covid-19 levels are still much lower than previous increases, the trend is increasing in parts of the US, where new hospital admissions have increased by nearly 50% over the past month, and more fears that the number of cases could soar after the winter holidays.

Justman said to reduce the increased risk of Covid-19 spread, it’s important for everyone in the new year to keep up-to-date on their Covid-19 vaccinations.

Only 14.6% of the U.S. population 5 years of age and older received the up-to-date booster, according to CDC data.

“So where are we going? That brought me to China,” Justman said.

“I am concerned that China is now a giant incubator of SARS-CoV-2. There is likely to be a lot of infections and with them new variants,” she said.

“I think we’ll be looking at new variations of concern” in 2023, says Justman. “The question is: Are we going back to a time when we had a variant of concern?” cause disease so severe that we don’t get the benefit of protection from previous infections and from previous vaccinations? … I’ll be optimistic and say I don’t think we’ll ever go back to that.” Use sound to remove terror from nightmares 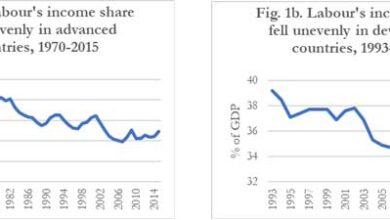