Meta, Pinterestand other social media platforms are legitimate to blame for the death of 14-year-old Molly Russell, according to the senior coroner at North London’s Investigative Court. The verdict regarding Russell, who died of self-harm in November 2017, was made on Friday, September 30.

The British coroner is a figure with broad authority to investigate and determine the cause of a person’s death. This is not a criminal or civil trial, so Pinterest and Meta do not face penalties. Russell’s family pursues a lawsuit against two tech giants to raise awareness of the dangers of social media content accessible to young people.

Russell created Instagram at the age of 12 with her parents’ permission and received an iPhone as a 13th birthday present. Before her death, Russell’s parents said she was acting like a normal teenager. casual: listening to pop music, watching Netflix, and texting friends. She is excited to be in an upcoming school play. Some of the more somber moments at the start of the year didn’t sound any alarm bells and could be seen as normal teen mood swings.

But two weeks after Russell’s death, her father found an email from Pinterest called “Depression Pins You Might Like.” On Russell’s Instagram account, he found a folder titled “Unimportant Things” with dozens of disturbing images and quotes, including one that read “Who Would Love a girl commits suicide?”


8 online experiences related to suicide in children and adolescents

Mr. Russell made his daughter’s story public in January 2019 in a Interview with BBC. Meta eventually agreed to provide more than 16,000 pages from Molly Russell’s Instagram, which took the family’s legal team more than 1,000 hours to review before going to court. About 2,100 of those posts were related to suicide, self-harm and depression, according to data Meta revealed to her family. Many of those posts used hashtags related to other obscene content and encouraged the masking of emotional distress.

The New York Times reported that the document was so disturbing that a courtroom employee left the room to avoid watching a set of Instagram videos depicting a suicide scene. A child psychologist who has served as an expert witness said that reviewing the material Russell had seen was so “disturbing” and “upsetting” that he lost sleep for weeks.

Elizabeth Lagone, Meta’s head of health and well-being policy, appeared in court. Lagone was read a post Russell had seen on Instagram, then heard how she had copied its wording in a self-loathing note later found by her parents. Oliver Sanders, an attorney representing the family, said: “This is the Instagram that really gave Molly the idea.

Ms Lagone said she regretted that Russell had seen such grieving content but that it was important that the platform allowed users to express their displeasure publicly as “a cry for help”. Jud Hoffman, head of community action at Pinterest, said his platform was “unsafe” during Molly’s time on it and that he was “deeply regretful” and apologized for the material Molly had posted. see. For its part, Pinterest has significant resource investment in filtering and blocking harmful content since 2018.

A draft law called “Online Safety Bill” is currently being passed the British Parliament and is partly inspired by Russell and her family. It called for a “new duty of care” on the part of online platforms for their users and introduced penalties for sites that failed to remove harmful content.

“Anyone who knows Molly is looking forward to the path she will grow up to be, the person she is going to be,” her father told the BBC. “She had so much to offer, and that went away … with the help of the internet and social media.” 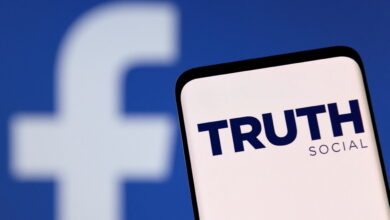 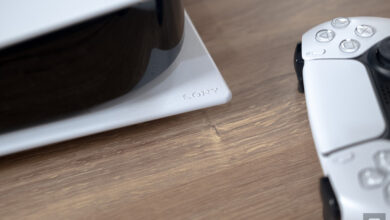