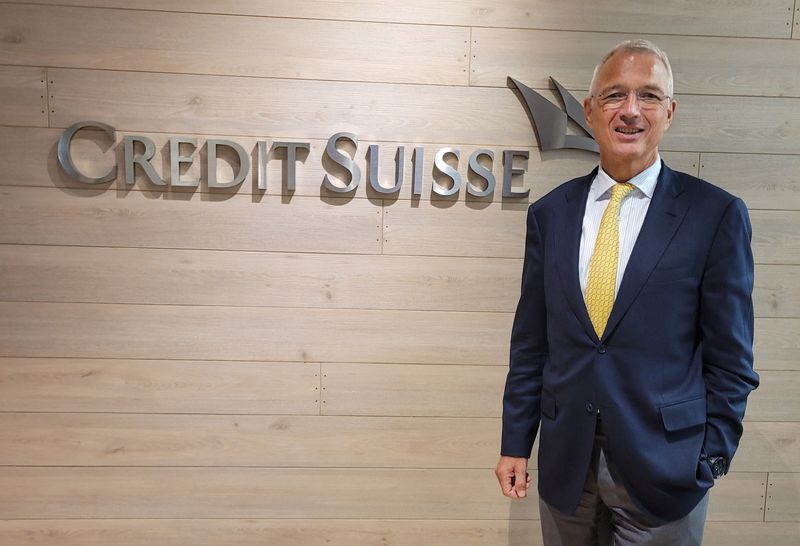 WASHINGTON (Reuters) – The chairman of Credit Suisse on Friday pledged to reform the bank after a “horrible” 2021 in which it lost billions of dollars.

Axel Lehmann said: “Last year we had a terrible year. We had our biggest loss in 166 years of company establishment. “We are fully aware that we need to change and we will, obviously.”

Lehmann took over the Swiss bank in January, which was embroiled in corporate espionage scandals, hedge fund closures, heavy losses and a series of lawsuits.

On Friday, he defended the group, which he says has been at the center of much speculation by journalists and others, saying the bank’s capital base is strong.

“This year we are not generating capital because we are not making a profit,” he said at an event organized by the global banking body, the Institute of International Finance.

Lehmann said Credit Suisse has a tier-one capital (CET1) ratio of 13.5% half-yearly and is “strongly committed that we will certainly … between 13 and 14”.

Credit Suisse is expected to release details of its much-anticipated strategic review alongside its third-quarter results on October 27.

The bank is trying to recover from a string of scandals, including losing more than $5 billion from the collapse of investment firm Archegos last year, when it also had to suspend related client funds to the defunct financier Greensill Capital.

To bolster sustainable profitability, Credit Suisse is aiming to streamline investment banking and expand its asset management business, which takes up less capital.

Among the options, the bank said it is considering finding a buyer for its securitization products business.

The more a bank can raise through asset sales, the less likely it is to raise funds from investors. Some analysts say the bank could suffer a capital shortfall of up to 9 billion Swiss francs.

Reuters has also reported that the bank could cut about 5,000 jobs. Stellantis reorganizes European dealer network from July 2023 According to Reuters