MEXICO CITY – A Cuban doctor was fatally shot at a hospital in a rough neighborhood on the outskirts of Mexico City, prosecutors in the State of Mexico confirmed late Monday.

The doctor, whose name was not released, was killed Friday along with a nurse and another woman at a hospital on the outskirts of Ecatepec.

The killings followed criticism of President Andrés Manuel López Obrador’s plan to hire hundreds of Cuban doctors to work in places where there were no Mexican doctors or in areas they didn’t want to work because it was too dangerous or far.

The Cuban doctor killed in Ecatepec appears to have traveled to Mexico some time ago and is not part of the current recruitment program. However, his death has raised questions about whether certain areas of Mexico are too dangerous for Cuban doctors.

A woman who identified herself as the victim’s sister wrote on her Facebook account that the dead man was Ernesto Oliva Legra.

Prosecutors in the State of Mexico, which borders Mexico City, said two armed men entered the hospital early Friday morning and asked for a female patient at the reception.

Unable to locate her, the gunmen then forced the front desk staff to open the door to the second-floor medical area, where they opened fire, killing the nurse and another woman, and wounding her. love the doctor.

The doctor died later from his injuries at another hospital. Local media reported that the other victim was a woman visiting a relative who was receiving treatment.

Mexican gangs are said to have stormed the hospital with guns to finish off wounded opponents, and Mexico has also seen a wave of violence against medical staff.

In July, medical school graduates and residents demonstrated across the country to protest the July 15 shooting of 24-year-old Erick David Andrade in the northern state of Durango while he was in the hospital. treat a patient.

He is just a few days away from the end of the mandatory term of a well-paid “social service” for medical school graduates in Mexico before starting an internship or residency.

On July 11, an anesthesiologist for a rural government hospital was shot dead at her home in the neighboring state of Chihuahua.

In July 2021, a doctor was killed on a highway near Jerez, Zacatecas, after she apparently failed to stop at a drug cartel’s checkpoint. That same month, two medical workers were killed while transporting a patient in the same violent northern state.

Critics have also issued orders against the plan to hire more than 500 specialist doctors from Cuba, more than 100 of whom have been to and are working in the western states of Nayarit and Colima.

The order claims the government has failed to demonstrate that doctors have the qualifications or training necessary to practice in Mexico, and argues that most of the doctors’ salaries may go to the Cuban government, not the Cuban government. medical professionals themselves.

On Tuesday, López Obrador defended the program, saying Mexico did not have enough experts.

“It is absurd, absurd, that people question the fact that Cuban specialists come to Mexico in solidarity with us,” the president said.

Explained: Why did SC say 'Talaq-e-Hasan' is different from triple talaq | India News 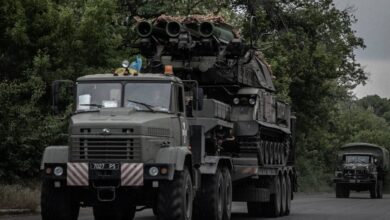