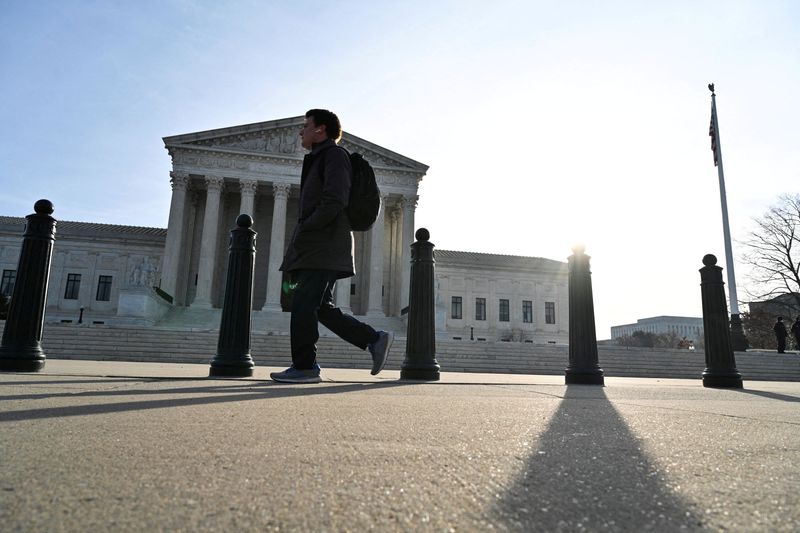 WASHINGTON (Reuters) – The U.S. Supreme Court on Tuesday rejected a bid led by oil pipeline operator Dakota Access Energy transfer (NYSE: LP) to avoid further environmental review of a section that runs under an artificial lake and was opposed by nearby Native American tribes, leaving the pipeline vulnerable to closure.

The judges issued a lower court ruling ordering the federal government to conduct a more in-depth environmental study of the pipeline beneath Lake Oahe, which straddles the North Dakota-South Dakota border. The pipeline, known as DAPL and open since 2017, will continue to operate once the review is done.

“We urge the authorities to close the pipeline until the environmental and safety review is complete,” said Jan Hasselman, an attorney for environmental group Earthjustice, who represents the Sioux Standing Rock Tribe.

The Dakota Access oil pipeline was the subject of a protracted tussle between the closing tribes and Dallas-based Energy Transfer.

Whether the project should be decommissioned is not an issue in the Energy Transfer High Court’s appeal. But Energy Transfer said in court papers that the pipeline remains “vulnerable to shutdown” with a new environmental assessment pending. The company did not immediately respond to a request for comment.

The Standing Rock Sioux Tribe, along with the Yankton Sioux Tribe, Oglala Sioux Tribe and Cheyenne River Sioux Tribe, have opposed the largest pipeline out of the Bakken shale basin. The pipeline runs approximately 1,170 miles (1,885 km) from North Dakota to Illinois. The disputed section of federal property under Lake Oahe, a man-made reservoir on the Missouri River, is 1.7 miles (2.7 km) long.

The tribes drew water from the lake for a variety of purposes, including drinking, and also considered the water of the Missouri River sacred. Their lawyers say the tribes are worried about the possibility of an oil spill.

The tribes have lobbied vigorously to prevent the easing of the lake from being approved, and initially appeared to have succeeded when in 2016 the administration of former Democratic President Barack Obama said it would consider it. back to the original action to enable construction. But after Republican Donald Trump became president in 2017, the government endorsed the initial decision to enact a mitigation measure.

Democratic President Joe Biden’s administration urged the Supreme Court not to hear the appeal, saying the pipeline operator’s concerns about the shutdown were overstated.

Judge James Boasberg of the US District Court based in Washington in 2020 found that the government had violated a law called the National Environmental Policy Act and disapproved.

Boasberg requested a more detailed “environmental impact statement”, which is a decision the pipeline operator is challenging. Boasberg later ruled that the pipeline should be shut down, but the United States Court of Appeals for the District of Columbia Circuit blocked that decision while allowing additional environmental review.

The U.S. Army Corps of Engineers, the federal agency that oversees the permit approval process, said it hopes to complete the review by the end of the year.