17 people are still missing two days after the explosion of a fireworks warehouse at a market in Yerevan.

Rescuers have recovered more bodies from the site of a fireworks depot explosion in Armenia, increasing the death toll from Sunday Explosion to 16, according to the Ministry of Emergencies.

17 people are still missing, the ministry said in a statement on Tuesday, after explosions ripped through a warehouse at a market in the Armenian capital Yerevan on Sunday, causing sections of the building to collapse and causing damage. At least 60 people were injured.

Armen Pambukhchyan, the minister of emergencies, said a pregnant woman and a small child were among the dead, and search and rescue efforts were still ongoing as of Tuesday morning.

Video shared by the Emergencies Ministry showed rescuers sifting through a smoldering pile of rubble and twisted metal.

It’s not clear what caused the explosion at the large Surmalu market, although authorities have ruled out an attack.

The Armenpress news agency, citing government sources, said it would declare a day of mourning after the rescue operation ends.

The Emergencies Ministry said Prime Minister Nikol Pashinyan visited the scene along with officials on Monday. 6 months of war in Ukraine: These numbers tell the story of the Russian invasion 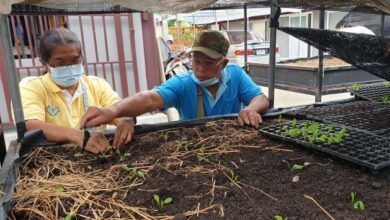 Farmers with Distinct Talents Integrating digital technology, aiming to set an example for others – Global issues