Chief Justice of India UU Lalit has begun his term with several key administrative measures of the Supreme Court. This is especially important as previous criticisms of the Supreme Court have shown lack of urgency in adjudicating constitutional and other pressing issues such as Article 370, electoral bonds , EWS quota, etc.

His promise to introduce a new mechanism for listing cases by Thursday is much-anticipated. In another welcome development, two constitutional benches of five judges are sitting today. Yesterday, the CJI Lalit bench turned down several PILs, a sign that the new CJI does not want to involve the judiciary in governance and policy changes. There is also a move to prioritize final hearings by reducing time spent on miscellaneous matters.

With a term of less than three months, CJI Lalit is clearly a man in a hurry. But if he can think of ways to reduce the backlog and deal with the pending constitutional issues, it could turn out to be a very significant one, albeit a short one. . Another question, however, is whether the reforms implemented by CJI Lalit will be carried out by his successors. Given its experience in building legal aid infrastructure, it will also be interesting to see if CJI can improve the local justice system. Any reform at the lower judicial level will benefit ordinary people the most.

Equinor, Wintershall eye pipeline to capture CO2 under the North Sea According to Reuters

Reservations for the Innova Crysta diesel variant have been retained. This is why 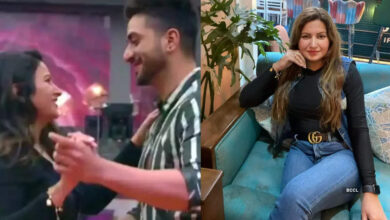 When Sonali Phogat fell in love with Aly Goni on Bigg Boss 14, slammed trolls for age shaming her and more Sunak vows to put UK on ‘crisis footing’ if elected PM, calls himself an underdog Londoners urged not to travel as heat wave engulfs Europe