Director Aacharya Ravi left for his heavenly abode after suffering a major heart attack earlier today. Sincere condolences to the family of the late director, Seenu Ramasamy shared the sad news on his Twitter page and wrote, “Creators always live in our hearts and minds. RIP
#AcharyaRavi Annan sends her condolences to his family and friends. ”

Creative people are always in our hearts and minds. RIP #AcharyaRavi Annan sends his condolences to his family and loved ones… https://t.co/hOwJ2PIOGy

The talented director suffered a serious cardiac arrest this morning at a private hospital in Madurai, and his cremation will be held this evening. The late director Ravi used to work as a collaborator for directors Bala and Seeman in several films and made his directorial debut ‘Aacharya’ starring Vignesh in the lead role.

Aacharya Ravi has directed several films, however, his first title ‘Aacharya’ was added as a prefix to his name; he was then known as Aacharya Ravi. 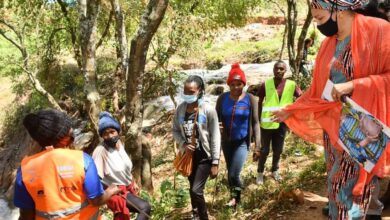 Are Bipasha Basu and Karan Singh Grover expecting their first baby? Here’s what we know so far