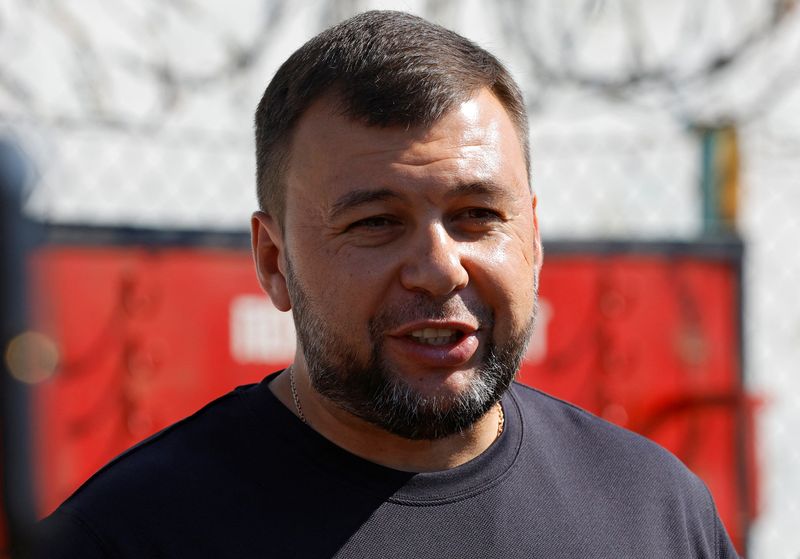 © Reuters. FILE PHOTO – Self-proclaimed Donetsk People’s Republic separatist leader Denis Pushilin speaks to the media outside the prison, which suffered damage from shelling in July during the Ukraine-Russia conflict, in the settlement Olenivka in Donets

MOSCOW (Reuters) – Denis Pushilin, the head of Ukraine’s Russia-backed separatist region of Donetsk, on Monday called on the separatist leader of his Luhansk province to combine efforts to prepare a referendum. about joining Russia.

In a video posted on social media, he told Luhansk People’s Republic leader Leonid Pasechnik in a phone call that “our actions should be synchronized”.

KeyCorp PT drops to $26 at Argus Beware of sophisticated scams and carpet pulling, as thugs target crypto users According to Cointelegraph