SULAIMANIYA (IRAQ): Eight tourists, including a one-year-old child, died and 23 were injured in a Turkish attack on a mountain resort in Dohuk province, northern Iraq, Iraq state media said on Wednesday.
The “fierce shelling” hit a resort in Zakhoa city on the border between the Iraqi Kurdistan region and Turkeystate television said.
The Kurdish health minister said in a statement that all the victims had died before reaching the hospital.
Mustafa Aala, 24, who is staying at the resort with a friend, said: “We go towards the side of the mountain, there are strikes. We go towards the waterfall, there are strikes. If I go this way, there’s a strike.” .
“We pulled up the fence around the waterfall. We looked from the inside, I saw children lying on the ground…. It was a sight I had never seen in my life,” added Aala.
The Turkish Ministry of Defense said in a statement that two PKK The militants surrendered at a Turkish security point at Habur’s border with Iraq, about 10 kilometers from Zakho, but made no mention of the attack. The department was not immediately available for comment.
Turkey regularly conducts air strikes in northern Iraq and has sent commandos to support its attacks as part of its lengthy campaign in Iraq and Syria against the PKK and Kurdish fighters. Kurdish YPG militia in Syria. Ankara considers both terrorist groups.
The PKK armed against the Turkish state in 1984.
More than 40,000 people have been killed in the conflict, which was previously mainly concentrated in southeastern Turkey, where the PKK sought to create an ethnic homeland.
Top United Nation The special envoy to Iraq condemned Wednesday’s attack in a statement published on Twitter and called for an investigation.

How to Create a Will 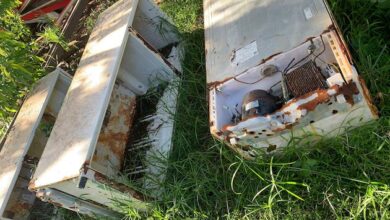 For this Caribbean island, Protecting the Ozone Layer is a Year-round Mission — Global Issues