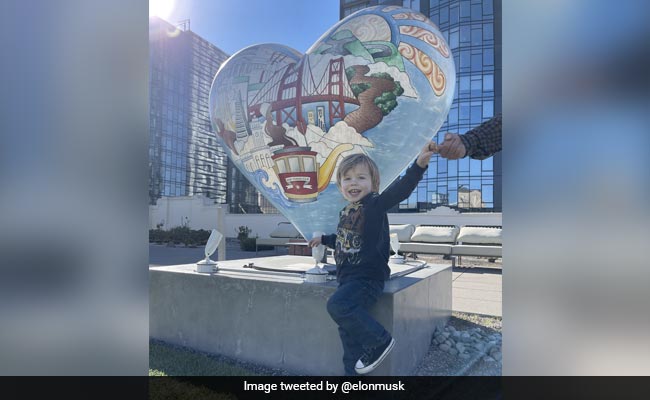 Elon Musk on Thursday shared an image of his two-year-old son near Twitter headquarters in San Francisco, US. In the photos, X AE a Xii, one of Mr Musk’s 10 children, is seen posing in front of a heart sculpture in San Francisco’s Union Square. The tech billionaire also shared a photo of his son’s Twitter badge, which contains a photo, name and three dots in the place where his role will be listed.

“And here’s his Twitter badge (X AE a Xii),” the new Twitter boss said in a subsequent tweet, which featured X’s badge with a smiling photo hanging from his belt.

Elon Musk shared the images on Thursday, and since then, the posts have received thousands of likes and comments. “That badge is worn out… X worked hard,” wrote one user. “Awesome! We have to normalize having kids at the office,” said another.

A third user commented: “I just think that badge is cute on X! X participates and he contributes to meetings! Well done little X, keep up the easy cake this darling.” The fourth added, “Oh, how lovely!”

X AE A-Xii was born in 2020 and is Elon Musk’s first child with Canadian musician Grimes. In 2021, they also welcomed a daughter through a surrogate, Exa Dark Siderael Musk, known as Y. The couple raised their children together after splitting last September.

Meanwhile, before that, just before Halloween, X also visited Twitter’s headquarters. According to a report by washington articles, on the day Elon Musk took ownership of this microblogging site, he brought his 2-year-old son to intense negotiations at the company’s headquarters. During the meeting, toys were scattered around the second-floor meeting room, dubbed the war room, and Musk’s 2-year-old son X AE A-Xii was found running around.

FTX Founder Sam Bankman-Fried Says He Will Testify Before Congress 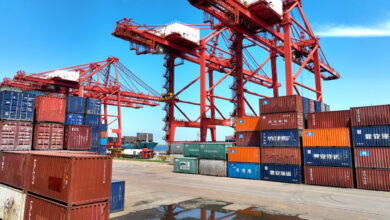 Shipping rates are still falling, in another sign that a global recession may be coming Energy crisis in Europe will last for years – Hungary