As 2022 draws to a close, it is the best time to look back and reflect on all the advancements and developments that have taken place in the Indian auto industry this year. While the acceleration towards electric mobility and the expansion of ‘physical touchpoints’ have been the subject of simultaneous developments over the past few years, this year has also seen some developments in the field. metaverse, NFT, blending ethanol into gasoline, creating highways, etc

Here are 5 key developments in the Indian auto industry in 2022:

1. Metaverse is the new auto destination

Metaverse is an immersive virtual world powered by augmented and virtual reality headsets, and now automotive OEMs are joining the group. MG Motor India becomes the first automotive OEM in the country to launch its own Metaverse platform, called MGverse to attract its new age customers. The platform has been designed to provide customers with a great experience through multiple arenas. MGverse is basically an umbrella platform where all other virtual spaces come together. Users can build their own MG vehicles, take virtual test drives, as well as co-create and interact with each other.

What is an NFT or a non-fungible token? It is a single and non-interchangeable unit of data that is stored on a digital ledger and can be linked to renewable digital files such as photos, videos, and audio. While MG Motor became the first auto company in the country to launch its own NFT last December, 2022 sees more Indian auto brands joining the trend.

Earlier this year, Mahindra and Mahindra issued the first such token series. based on Thar SUV. The company’s first series featured four NFTs, and the proceeds from the auction of these tokens were donated to the Nani Kali Project, a program that supports girls’ educational needs in country. In September, Royal Enfield became the first two-wheeler brand in the country to launch the NFT with ten award-winning artworks from the ‘Art Of Motorcycling’ (AOM) program.

India achieved its target of blending 10% ethanol in petrol this year in June. The milestone was reached five months ahead of the set deadline. In 2014, the mixing ratio of ethanol in gasoline was only 1.5%, now it is 10%. The benefit of reaching this milestone is a 27k-ton reduction in carbon emissions, more savings $41,000 crore of foreign exchange reserves while the country’s farmers have earned more than 40,000 crore of income.

The government aims to start offering a 20% ethanol blend at select petrol stations from April next year. Target of Mix gasoline with 20% ethanol has been raised five years ahead to 2025. Union Transport Minister Nitin Gadkari has repeatedly highlighted the benefits of using blended gasoline with ethanol in vehicles, especially in terms of cost savings. and reduce vehicle carbon emissions.

Prime Minister Narendra Modi recently inaugurated the first phase of the country’s ‘highest tech highway’ – Mumbai-Nagpur Samruddhi Expressway, is expected to cut travel time between the two cities by nearly a third. The highway will have a number of features including periodic EV charging stations.

It was built at the cost of $49,250 crore and the highway will connect 10 counties of the state. It will also be connected to the upcoming Delhi-Mumbai Expressway, which is expected to be completed next year.

The industry has been making quite a few innovations in the field of electric vehicles. tech start-ups Problem unveiled the country’s first electric motorcycle to bet big on technology. Earlier this year, Tata Motors introduced its upcoming electric vehicle, named Avinya, based on a new Gen 3 platform built with lightweight materials and focused on reducing the overall weight of its products. products on that basis. 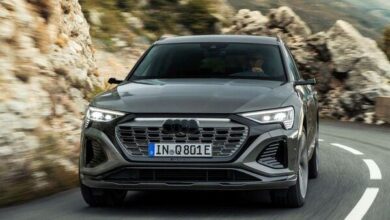