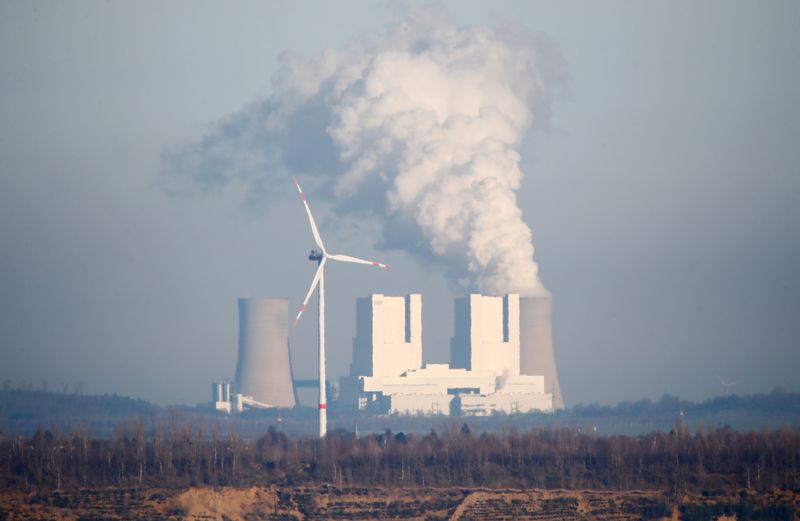 (Reuters) – Greenhouse gas emissions across the European Union rose in the first quarter from a year earlier, but are still below pre-pandemic levels, the bloc’s statistics office said on Tuesday.

Eurostat said greenhouse gas emissions from businesses, households and government operations amounted to 1.029 million tonnes of carbon dioxide equivalent, up 6% year-on-year but below 1.035 million tonnes in the first quarter. first of 2019.

According to Eurostat, households contributed 24% of emissions during this period, followed by the energy production and supply sector, which accounted for 21% and 20% respectively.

It adds increased emissions in all sectors year on year – with the exception of households unchanged – reflecting the post-pandemic economic recovery.

Most member states registered a year-on-year increase, with Bulgaria having the largest increase in the bloc with a 38% increase, followed by Malta with a 21% increase.

The Netherlands and Finland are the only EU countries to record a decrease compared to the first quarter of 2021.

The overall increase threatens the 27-member EU’s target of reducing greenhouse gas emissions by at least 55% by 2030 from 1990 levels and reaching net zero emissions by 2050 – a plan. The plan calls for the closure of coal-fired plants.

The war in Ukraine and subsequent economic sanctions imposed on Russia – the EU’s main energy supplier – have caused the bloc to save and hoard gas this winter, due to concerns about the flow of gas from the EU. Russia will stop completely.

Several European countries are considering bringing coal back to achieve this goal.

Apple is said to have laid off recruiters amid hiring slowdown

Target PT has dropped to $177 at Citi Procter & Gamble PT Down to $160 at Evercore ISI