NEW DELHI: Over 25 retired IPS officers wrote an open letter to President Droupadi Murmu, stating that Delhi chief Arvind Kejriwal “undermining the police force” during his visit to Gujarat.
Alleging that Kejriwal had misbehaved with police in Gujarat, former IPS officials urged the president to advise him against his “arrogant and corrupt behaviour”.
The letter came days after the Delhi prime minister had a heated argument with police officials while on his way to dinner with a car driver in Ahmedabad over security protocol.
Before going to dinner, Kejriwal refused to bring the police to the home of the owner – auto rickshaw driver Vikram Dantani. In a video posted by AAPGujarat’s unit on Twitter, a policeman can be seen stopping Kejriwal citing security reasons.
“We don’t want your safety. You can take away your privacy. Why are you forcing us? You guys are treating us like hostages,” the Delhi CEO told police.
In a statement, the Aam Aadmi Party (AAP) said the Bharatiya Janata Party (BJP) the outlook in the Gujarat council polls, scheduled to be held later this year, is “very bad”, which is why the letter was written.
“Clearly, the BJP is behind this letter. The prospects of the BJP in Gujarat in the upcoming election are very bad. Their own leaders don’t have any appeal and are completely discredited.
“That’s why the BJP now has to seek the help of some retired police officers. AAP is gaining an exponential base and BJP doesn’t know how to deal with AAP, that’s why why such a letter was written,” the statement said.
(With agent input) 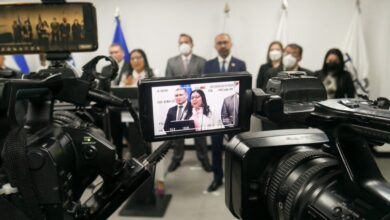