Facebook’s The Story of Ray-Ban available in Spain, Austria and Belgium starting today, and they will also arrive in France on April 14. In addition to expanding the availability of smart glasses, Facebook has also introduced new features and coming soon to the device, including the ability to record videos up to 60 seconds. That doubles the previous limit of 30 seconds of video, captured with the dual 5-megapixel cameras on the front of Story’s frame.

We found the glasses’ video quality to be surprisingly good and even very stable when we tested it. The LED lights up to notify those around you that you’re recording, but the reality is that it’s much easier to start recording a video through the glasses than through the phone. raise privacy concerns from start. However, the 60-second recording feature will be rolling out with a software update in early April.

To support the expansion of smart glasses, Facebook View will now be available in French, Spanish, Dutch, and German. As the companion app to Stories, View gives you a way to edit and enhance your photos, and upload them straight to social media sites. Facebook also gives the glasses the ability to understand voice commands in French and Italian, allowing you to take photos and record videos hands-free. And, yes, devices can now send audible notifications, such as “low battery” and “memory full” warnings, in those languages.

Finally, Facebook and Ray-Ban owner Luxottica will unveil four new color and lens combinations for Stories in early April, bringing the total number of variants to 28. The smart glasses will be available. available in their new markets with prices starting at $299 / €329. 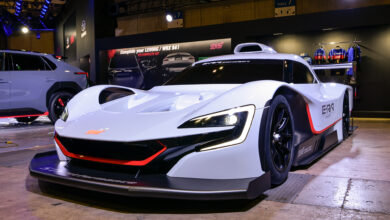