On Monday, a NASA spacecraft successfully crashed into an asteroid about 7 million miles (10.9 million km) from Earth. The mission to deflect the asteroid’s orbit has succeeded in a historic test of humanity’s ability to stop an asteroid from wreaking havoc on life on Earth.

NASA launched its DART spacecraft in November 2021 with the express purpose of colliding with an asteroid the size of a football stadium at 14,000 miles per hour. “In case you’re keeping score: humanity 1, asteroid 0,” said Tahira Allen, a NASA spokeswoman, during the post-collision live stream.

IMPACT SUCCESSFUL! View from #DARTMIssionDRACO’s camera, when the vending machine-sized spacecraft successfully collided with the asteroid Dimorphos, is about the size of a football stadium and poses no threat to Earth. pic.twitter.com/7bXipPkjWD

Last image of DART before impact

What do you not want to miss? Watch the last moments from #DARTMission during its collision with the asteroid Dimporphos. pic.twitter.com/2qbVMnqQrD

“We’re embarking on a new era, one in which we have the ability to protect ourselves from something like a collision,” said Lori Glaze, director of NASA’s planetary science division. hit a dangerous asteroid”.

Dimorphos – a 530-foot (160-meter) asteroid about the size of an Egyptian pyramid – orbits a large half-mile-long brother called Didymos. Never seen before, the “moon” appeared as a blip about an hour before impact, AFP reported.

Its egg-like shape and craggy, cobblestone surface finally emerged in the past few minutes, as DART raced toward it at about 14,500 miles (23,500 km) per hour.

NASA scientists and engineers broke out into applause as the screen froze in the final image, indicating that the signal had been lost and the impact had occurred.

Frank Warren On Fury Vs. Joshua: "Tyson's Adamant. He said, 'Enough is enough'" 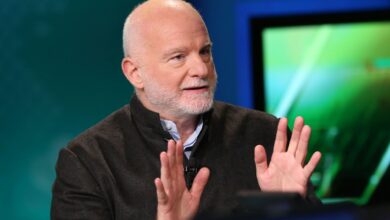 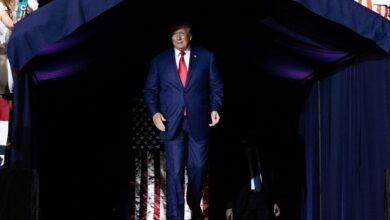