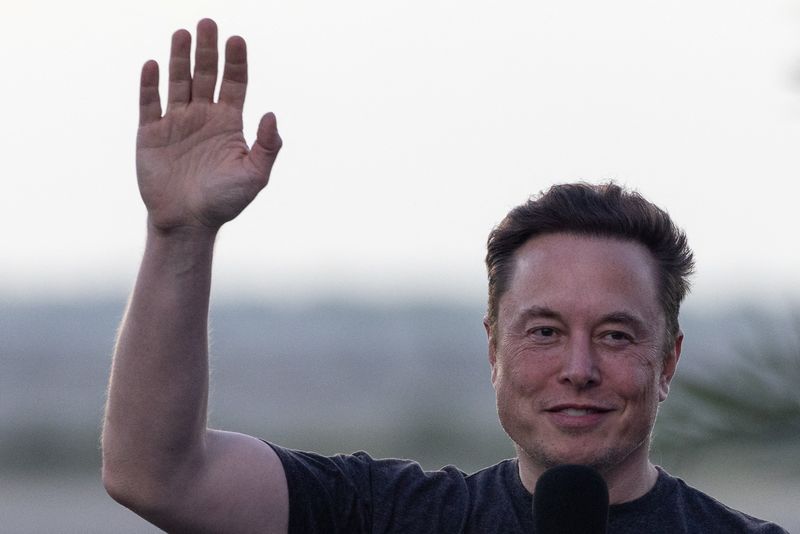 By Nerijus Adomaitis and Nora Buli

STAVANGER, Norway (Reuters) – Tesla (NASDAQ:) chief Elon Musk on Monday said he aims to have the electric carmaker’s self-driving technology ready by the end of the year and hopes it has may be released to the general public in the United States and possibly in Europe, subject to regulatory approval.

Speaking at an energy conference in Norway, Musk said his attention is currently focused on the SpaceX Starship spacecraft and the self-driving Tesla electric vehicle.

“The two technologies that I’m focusing on, ideally trying to accomplish before the end of the year, are putting our Starship into orbit … and then a self-driving Tesla vehicle.

Musk told the audience: “Let’s be self-driving at least in the US, and… potentially in Europe, subject to regulatory approval.

Earlier, Musk said the world must continue to exploit oil and gas to maintain civilization and develop sustainable energy sources.

“In fact, I think we need to use oil and gas in the short term, because otherwise civilization will collapse,” Musk told reporters on the sidelines of the conference.

Asked if Norway should continue drilling for oil and gas, Musk said: “I think some additional exploration is warranted at this point.”

“One of the biggest challenges the world has ever faced is the transition to sustainable energy and to a sustainable economy,” he said. “That will take several decades to complete.”

Offshore wind power generation in the North Sea, combined with stationary battery packs, could become an important source of energy, he said. “It can provide a strong and sustainable source of energy in the winter,” he said.

We're going to have one whopper of a recession in 2023

Want to widely release self-driving Tesla EVs by the end of 2022: Elon Musk

Explainer-What is a ‘tactical’ nuclear weapon? According to Reuters Russia denies killing civilians in Ukraine’s Bucha According to Reuters

US court upholds Conoco’s $8.7 billion award for Venezuelan property loss According to Reuters