The record for electric vehicle sales in Norway last month was up from 53% in the same month last year and compared with around 65% for all of 2021.

Electric vehicle (EV) sales hit a new monthly record in Norway as nearly 84% of the nearly 8,000 new passenger cars sold in the country in January were EVs, according to data from the Norwegian Information Council. on Road Traffic. This suggests the country is well on its way to meeting its 2025 goal of phasing out sales of new fossil fuel-powered cars.

The record for electric vehicle sales in Norway last month was up from 53% in the same month last year and compared with around 65% for the whole of 2021. In fact, last year Norway became the first country. The world saw electric car sales surpass the fossil model among new vehicles thanks to various government incentives.

Last month, the whole country sold only 387 cars with internal combustion engines. Nineteen of the 20 most popular car brands are already fully electric, and the top sales are the Audi Q e-tron, Hyundai Ioniq 5 and BMW iX.

The Norwegian Council said last month it had become a “testing country” for new electric cars from many manufacturers. However, it also notes that it remains unclear what will happen to the speed of deliveries to Norway when electrification “really takes off” in major European countries.

Norway has exempted battery-powered vehicles (BEVs) from internal combustion engines (ICE). The tax cuts are expected to increase the share of electricity sales overall, with a target of 80% by 2022. The country has set a deadline to end sales of petrol and diesel cars by year 2025.

11 healthy dinner recipes for both that make weeknights a joy 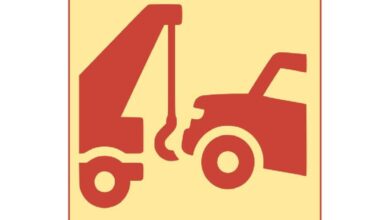 Understand the difference between light and heavy towing – active