A recent government data shows that road accidents caused by potholes resulted in the deaths of 5,626 people between 2018 and 2020. Mumbai and Bengaluru are among the two most prominent cities in India, where potholes are a constant threat to commuters.

Amid fierce debates about road safety in India, potholes have caught the attention of late social media users. From Google reviews to wedding photography sessions, the threat of potholes on India’s roads has been highlighted in unique ways that go viral as authorities continue to search for answers. Answer to solve problems across the city. The condition of the roads, especially during the monsoon season, has been flagged in a number of ways before. But the problem persists in most parts of the country, especially cities like Mumbai and Bengaluru.

Earlier this week, a Google review of a pothole in Bengaluru went viral on social media. A pothole in one of the busiest stretches of India’s tech capital made it to Google Map’s list of landmarks, before it was removed from the location. Called Abizer’s pothole in Bellandur area of ​​Bengaluru, saw hilarious reviews on Google.

One of the social media users wrote, “In Bangalore, Potholes are marked on Google and rated (Sic)” Another read, “Poorholes are very good. Must visit at least once. Guaranteed will hit your chassis in the right place.” “Best pothole I have seen so far. A truly incredible experience and also a place to test your car’s suspension,” another wrote.

Meanwhile, in Kerala, a few hundred kilometers west of Bengaluru, a bride took her wedding photo on a pothole-filled road. The video, which shows her walking on a pothole-filled street, has gone viral with more than four million views. The reactions to the video on Instagram also drew similar reactions from users.

Recently, the Ministry of Transport and Highways (MoRTH) shared a report stating that road accidents caused by potholes resulted in the deaths of 5,626 people between 2018 and 2020.

Potholes, sharp turns and steep slopes are believed to be the main cause behind a number of accidents in India. Recently, Union Minister Nitin Gadkari said his ministry has formed a strategy to deal with such road safety issues. Gadkari also places a high priority on identifying and addressing all black spots, or accident-prone areas, on national highways. 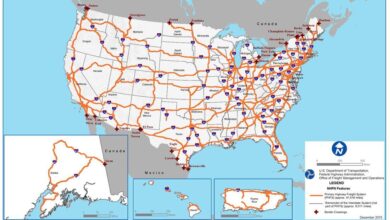