India’s oil companies have left petrol and diesel prices unchanged for a record 133 days. They are expected to adjust prices after council elections in five states end earlier this month.

Gasoline and diesel demand has surged in India over the past few days and has surpassed pre-pandemic levels as consumers rush to refill storage tanks in anticipation of a sharp increase in fuel prices due to the ongoing war. between Russia and Ukraine. In the first two weeks of March, since council polls ended in five states, people have come out on top as reports claim around ₹Gasoline and diesel prices increased 12-15, remained unchanged for nearly 5 months since the excise tax was cut to ease customers’ relief.

Indian oil companies said gasoline sales stood at 1.23 million tonnes in the first two weeks of this month. It was nearly 18 percent higher year-on-year and nearly 25 percent higher than March 2019. Diesel, on the other hand, saw sales increase by nearly 24 percent year-on-year to 3.53 million tons. It was 33% more than the most used fuel in the country sold in March 2019. Diesel sales in the first half of March were also the highest in the first two weeks of any month of the two. the past year and more than the total volume of diesel sold in April 2020 when the country was in a state of complete shutdown.

According to industry sources, the reason behind the increase in gasoline and diesel demand is that fuel prices are likely to rise due to a sharp increase in international crude oil prices. Brent crude oil prices hit a 14-year high of $139 a barrel last week since Russia invaded Ukraine. There is no immediate sign of a ceasefire, which has led to a spike in international oil prices. To make matters worse, the world’s largest oil importer China also reported a resurgence of Covid-19, raising concerns about a major impact on oil demand.

India, the world’s third-largest crude oil importer, relies heavily on oil imports to meet about 85 percent of domestic demand. India’s oil companies have lost about ₹12-13 a liter of petrol and diesel sales since the excise tax was cut last November. Reports suggest a spike between ₹10 and ₹15 per liter for gasoline and diesel. It is anticipated that once the election is over, state-owned fuel retailers will begin to adjust prices, equivalent to ₹12 liters below cost.

(Also read: Gasoline and diesel prices are unlikely to happen anytime soon. This is why)

Oil Minister Hardeep Singh Puri has said that fuel sales were up 20% following comments encouraging people to raise prices in preparation for an impending petrol and diesel price hike. “On March 5, a political leader issued a statement, saying fill your tank quickly because gasoline prices will go up when the elections are over. And consumption has already gone up. 20% increase,” Puri said on Rajya Sabha. a statement by Congress leader Rahul Gandhi. “It’s a shame that one statement leads to a hoard of 20%.”

“The companies that market oil will make their decisions (on fuel prices). They’ll move on when they can’t take it anymore. If they don’t have margins or cushion, they’ll take the appropriate step. suitable,” Puri said.

For now, there seems to be no sign of a hike in gasoline and diesel prices after international oil prices fell below the $100 mark on Tuesday. The center also ensures that it is closely monitoring the ongoing Russia-Ukraine war and its aftermath to implement ‘calibrated interventions’ to keep petrol and diesel prices under control.

These 10 products will help you sleep better naturally

Galaxy A53 is the first mid-range Samsung phone with 5G 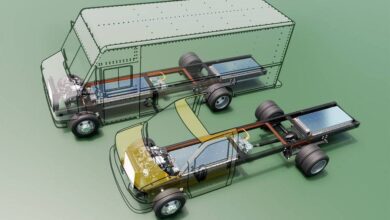 Hyundai returns to Japan, will only sell electric cars online