BEERSHEBA, Israel – An Israeli court on Tuesday sentenced the Gaza director of a major international charity to 12 years in prison after the court previously convicted him of terrorism charges in a high-profile case. high that independent investigations found no evidence of misconduct.

Mohammed el-Halabi, the Gaza director of the international Christian charity World Vision, was arrested in 2016 and accused of transferring tens of millions of dollars to the Islamist militant group Hamas that rules the territory. His trial and prolonged detention have strained relations between Israel and humanitarian organizations that aid the Palestinians. The judgment is likely to continue to affect those relationships.

The trial sheds light on how Israel’s legal system handles sensitive security cases, in which the defense team has only limited access to evidence, which is also not made public. Critics say the court too often sided with the evidence presented by the Israeli security establishment.

“It’s unbelievable,” el-Halabi’s lawyer, Maher Hanna, said of the length of the sentence. “They insist that injustice will persist throughout the process.”

Both el-Halabi and World Vision have denied the allegations and an independent audit in 2017 also found no evidence in favor of Hamas. Australia, the largest single donor to World Vision’s humanitarian work in Gaza, reached the same conclusion in its own assessment.

In a statement, World Vision said the verdict was in stark contrast to the evidence and facts of the case.

“The arrest, the six-year trial, the wrongful conviction and this sentence are symbolic of actions that hinder humanitarian action in Gaza and the West Bank,” the group said. “It adds to the chilling impact of World Vision and other aid or development groups working to support the Palestinians.”

In June, the district court in the southern Israeli city of Beersheba said el-Halabi had committed a number of crimes, including membership in a terrorist organization, providing information to a terrorist group, participating in participate in drills and carry weapons.

It said he transfers “millions” of dollars a year, as well as equipment, from World Vision and its sponsors to Hamas. It said Hamas used the funds for combat operations, as well as counseling for children, food aid and Quranic memorization contests for supporters. The pipes and nylon diverted to Hamas are used for military purposes, it said.

The court seems to rely heavily on el-Halabi’s confession that has not been made public. Hanna, his attorney, said the confession was made under duress by an informant and should not have been admitted as evidence. He also said the defense team was given “very limited access” to the evidence.

Israeli authorities have repeatedly said they have evidence that Hamas has infiltrated the aid group and transferred money from impoverished Gazans. Then-Prime Minister Benjamin Netanyahu denied the allegations in an online video shortly after el-Halabi was arrested.

Critics say Israel often relies on dubious informants. They allege that Israel smears groups that provide aid or other assistance to the Palestinians to bolster their nearly 55-year military occupation of lands Palestinians want a future state.

Israel says it supports the work of aid organizations but must prevent funding from falling into the hands of armed groups such as Hamas that do not recognize and attack their citizens.

Last year, Israel outlawed six Palestinian civil society groups for alleged terrorist ties and earlier this month closed West Coast offices of some of them. Israel has provided little evidence to substantiate its allegations. Nine European countries have denied Israel’s accusations against these groups, citing a lack of evidence.

Following El-Halabi’s arrest, World Vision suspended its operations in Gaza, where more than 2 million Palestinians live under the Israeli-Egyptian blockade imposed when Hamas took power nearly 15 years ago . Israel says the restrictions are necessary to rein in Hamas, while critics see it as a form of collective punishment.

World Vision worked with several Western donor countries to develop an independent audit of its activities in Gaza. A team of about a dozen attorneys, including several former assistant U.S. attorneys, reviewed nearly 300,000 emails and conducted more than 180 interviews. Forensic auditors scoured nearly every financial transaction at World Vision between 2010 and 2016.

In July 2017, they submitted a more than 400-page report of their findings to World Vision, which shared it with donor governments. World Vision said it had offered to report to Israel, but Israeli authorities refused to sign a non-disclosure agreement.

According to a lead investigator, the report found no evidence that el-Halabi was affiliated with Hamas or had diverted any funds. Instead, the investigator said el-Halabi enforced internal controls and ordered staff to avoid anyone suspected of having ties to Hamas. A first-generation iPhone just sold at auction for over $39,000 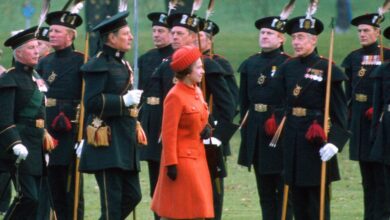