Although the incident does not pose a danger, operations at the plant will have to be halted, the environment ministry said

A reactor leak has been detected at the Isar 2 nuclear power plant in the southern German state of Bavaria, the environment ministry said on Monday, citing the plant operator. The incident clearly poses no risk to the public, but could affect the government’s plans to alleviate energy shortages, mainly caused by the Ukraine conflict.

According to the ministry, maintenance work will be carried out in October and will take at least a week to fix the problem. During that time, all operations at the plant, run by E.ON’s subsidiary PreussenElektra, will have to be completely suspended, the ministry said.

Initially, the nuclear power plant was slated to be operational by the end of 2022 as part of Germany’s efforts to phase out atomic energy. However, the current energy crisis has forced Berlin to put the facility on standby until April 2023 as a reserve power source, which can be tapped if the situation deteriorates.

The Environment Department said it is now examining whether the NPP can be used for that purpose, based on the latest development.

However, a spokesman for the power company E.ON expressed confidence that a solution that would allow the Isar 2 to operate after December 31 could be agreed to by the German government.

At the end of August, the government approved a series of steps to reduce winter energy consumption, including limiting the use of lighting and heating systems in public buildings. Authorities have also encouraged residents to conserve energy by any means available.

The energy crisis across Europe is largely due to a spike in natural gas prices due to EU sanctions imposed on Russia over the conflict in Ukraine. 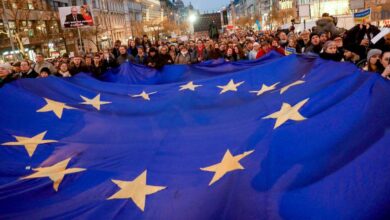 Thousands of people evacuated like a hurricane across Korea | Weather news