According to reports, helicopters, along with troops under the command of the ruling Junta, opened fire last Friday at the temple school in Let Yet Kone, in the Sagaing region of northern Myanmar.

According to the military’s report, they carried out the attack on insurgents they believed were hiding in the school.

Myanmar has been in turmoil since the military overthrew the democratically elected government in February 2021, which has seen intense repression by the opposition and a rise in crimes against species. people and war crimes, Dong Nhan Quyen Associationheard earlier this month.

Opposition movements across the country, some armed, have increased their resistance to the military regime, against the increased use of force by Government troops.

In a statement released by his Spokesperson, Secretary-General Expanded António Guterres My deepest condolences to the families of the victims who died at the school.

Schools must be protected

Guterres reiterated that under international humanitarian law, “fighters must not directly attack civilians, including children or civilian objects.

“Those responsible for all international crimes committed in Myanmar must be held accountable,” the statement concluded.

On Monday, the United Nations Children’s Fund UNICEF, tweeted that at least 15 children from the same school, were also missing. “UNICEF calls for their immediate and safe release. Schools must be safe. Children are never allowed to attack”. 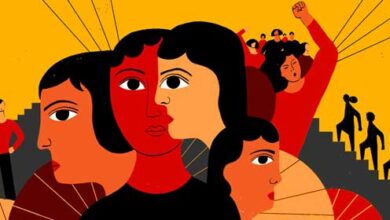