Hero MotoCorp’s January 22 sales saw a dramatic drop that the company blamed on a third wave of the pandemic. Hero says it has accelerated growth in the international market.

Hero MotoCorp recently shared sales figures for January 2022. The company announced that it sold 380,476 motorcycles and scooters in January 2022. Sales last month recorded a significant decline compared to January 2022. with the corresponding month one year before the company sold 4,85,889 units.

Needless to say, this is a large enough reduction even for India’s largest two-wheeler manufacturer.

Commenting on the dramatic drop in sales, the company said, “The third wave of the pandemic, the subsequent startling state shutdowns, and restricted movement have impacted the total sales for the month.”

The company says it has accelerated its growth in the international market. “Hero MotoCorp has also accelerated its global expansion plans by further strengthening its presence in Central America. During the month, the company expanded its operations and began retailing at a newly opened flagship store in San Salvador, the capital city of El Salvador,” it said in a recently sent notice.

Canada will receive its first universal quantum computer from IBM 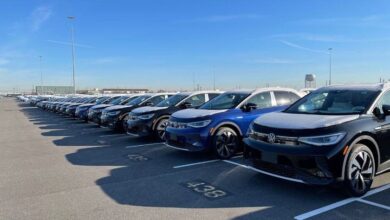