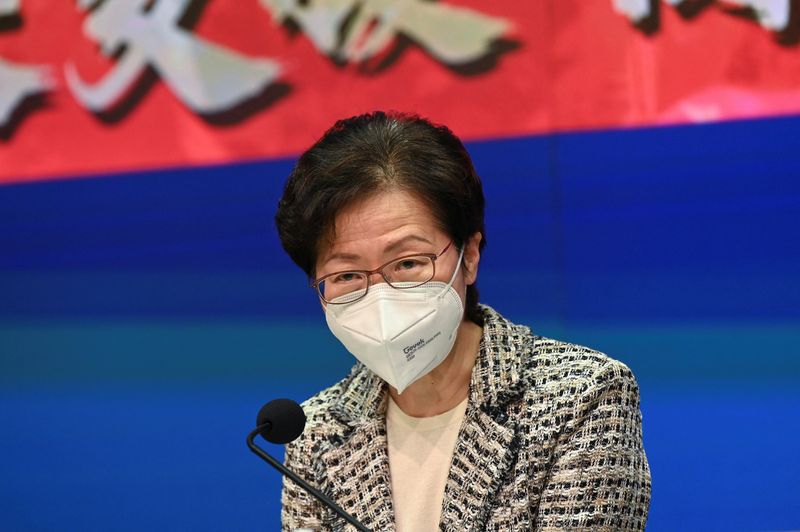 The government will increase treatment and medical resources and set up more isolation and temporary care facilities for elderly coronavirus patients, Chief Executive Carrie Lam said at a press conference.

She said the date for a mandatory mass testing scheme, which has caused panic buying of groceries and necessities in the city, is still being considered but the government has not decided on a timeframe due to the scale of this activity.

The total number of infections in the global financial hub has risen to around 600,000, including more than 2,600 deaths – most in the past two weeks.

The city with the most deaths globally per million people in the week to March 7, as announced by Our World in Data.

Lam, who has spoken to the media for the first time in more than two weeks, said she will hold daily press conferences to detail the city’s progress against the coronavirus and clarify rumors. or misunderstood.

People in the Chinese-controlled territory have expressed confusion and frustration at conflicting messages from the government over the past two weeks about the campaign against the virus, including plans for mass testing and whether whether a citywide lockdown is in place.

China and Hong Kong have adopted a “zero-dynamic” strategy that involves eliminating infections with strict mitigation measures in contrast to the approach adopted elsewhere that relies on proportions. high vaccination and moderate mitigation such as wearing a mask in an effort to “live with COVID”.

The highly transmissible variant of Omicron has been tested for both strategies but Hong Kong is currently suffering the consequences of a relatively low vaccination rate, especially among the elderly, as the virus spreads. through the community.

About 90.5% of people have been vaccinated at least once, but the elderly rate falls seriously behind, only about 50% for people 80 years of age and older.

Medical experts from the University of Hong Kong estimate that by the end of April, the number of people infected in this city of 7.4 million people could be around 4.3 million, with the death toll at 5,000.

Food prices have skyrocketed and supermarket shelves have been emptied every day for a week as shoppers panic buying amid fears of a possible lockdown.

China has built a temporary bridge from neighboring Shenzhen to northern Hong Kong to transport materials and workers for a makeshift hospital and isolation facilities. The site is set up to accommodate about 10,000 people.

Hero announces Women's Day bonus up to 6,000 yen for scooters