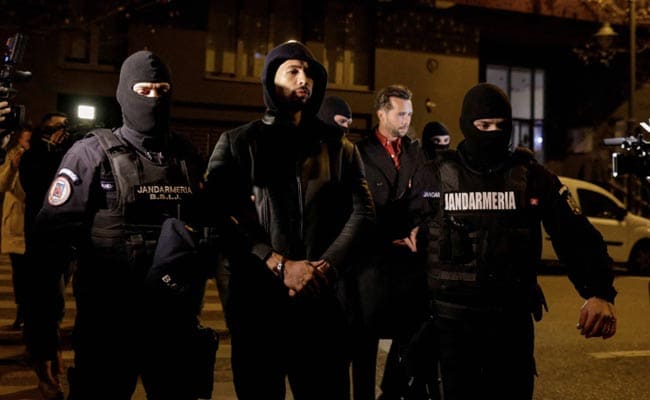 Andrew Tate was arrested in Romania.

Controversial media personality Andrew Tate was today arrested by Romanian authorities on suspicion of human trafficking, rape and the creation of an organized crime group, according to Reuters. According to some reports, a pizza box helped police narrow down Tate’s location.

On Wednesday, Andrew Tate was embroiled in a famous Twitter spat with teenage climate activist Greta Thunberg, an incident that left him mocked by many internet users.

In a desperate rebuttal during the exchange, he posted a video of himself wearing a Versace gown, smoking a cigar, while a non-videographer handed him two boxes of Jerry’s Pizza, one Famous Romanian chain stores.

He was arrested just a day after posting the video, possibly from pizza boxes, 9News reported. The report says that the boxes may have helped Romanian police locate him.

Authorities are said to have used the video “as evidence that he was in the country”, a report in The Independent said.

The Tate brothers have been under investigation by Romanian police since April, according to Reuters. Their attorney confirmed that they were detained.

The former kickboxer has gained notoriety online for his misogynistic remarks and hate speech, and has been banned on several social media platforms. He was reinstated on Twitter when Elon Musk took over.

Whether or not it was the pizza box that led to his arrest in the end, it looks like Greta Thunberg got the last laugh. She took to Twitter to share a simple quip about his arrest, “This is what happens when you don’t recycle your pizza box.”

Rishabh Pant injured after his car hit the median, caught fire in Uttarakhand