Say the words “episode 9” to Game of Thrones fans and you will probably get an anxious reaction.

Even in the shorter Seasons 7 and 8, the penultimate episodes proved to be a game changer. “Beyond the Wall,” the seventh episode of Season 7, sees Daenerys and Jon confront the Night King together and ends with the tragic death of the dragon Viserion. Then came the highly controversial “The Bells”, the second to last episode of the entire series. Love it or hate it, “The Bells” gave us a so many to deal with: Daenerys going insane, the King’s Landing massacre, Cleganebowl, and the deaths of Cersei and Jaime.


All hail Prince Aemond, ‘The Last TV King of House of the Dragon

Game of Thrones obviously has a proud history of captivating fans with the ninth episode, but what about its prequel series, Dragon’s House? Did it measure up to the “episode 9” club for the first time?

“The Green Council”, episode 9 of Dragon’s HouseThe first season of, certainly ends in a dramatic way, as Aegon Targaryen’s ascension to the throne will have major consequences for all of Westeros. However, the episode is mostly an examination of political tension through King’s Landing after King Viserys .’s death. This more discreet approach creates a different kind of episode 9 than we may be familiar with, although it certainly still has similarities to Game of Thrones forebears.

Are there any main character deaths in Dragon’s House episode 9? 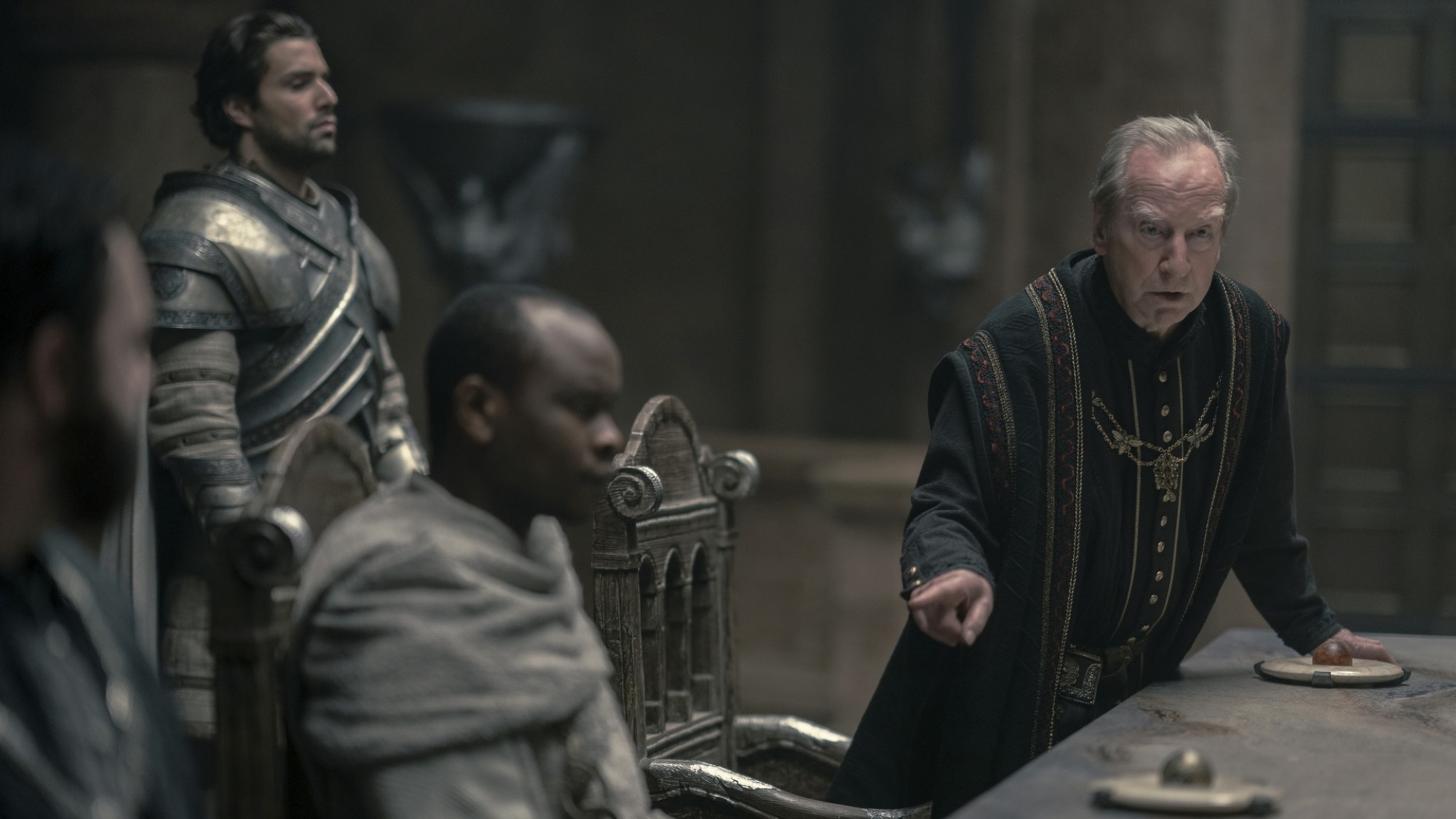 Simply put, no. Your fans are safe for now – unless your favorite is Master of Coin Lyman Beesbury, in which case, my sincerest condolences. Beesbury was the first official victim of the festival that would become the Dance of the Dragons. In the Green Council, he opposes Alicent and Otto’s claim that Viserys wants Aegon to be crowned. Unfortunately, Rhaenyra’s championship resulted in him being pushed very hard by Ser Criston Cole… a smack of his head right into one of the soccer balls the Minor Council members used to mark their participation. their attendance. Noisy. The episode also implies that Mysaria is dead, burned in flames by Larrys Strong. However, until we see the body, I’m sure the White Worm is still out there.

Overall, though, “The Green Council” doesn’t see a death on-screen as much as Ned, Robb, or Catelyn Stark. However, the entire episode deals with the downfall of Dragon’s HouseBiggest loss to date: that of King Viserys. His death may have happened at the end of episode 8, but it persists in every moment of episode 9. There’s even a shot of his eyeless corpse to remind us of the ruler. Dear treatment is gone.

What about the battles? Are there any wars in Dragon’s House episode 9? 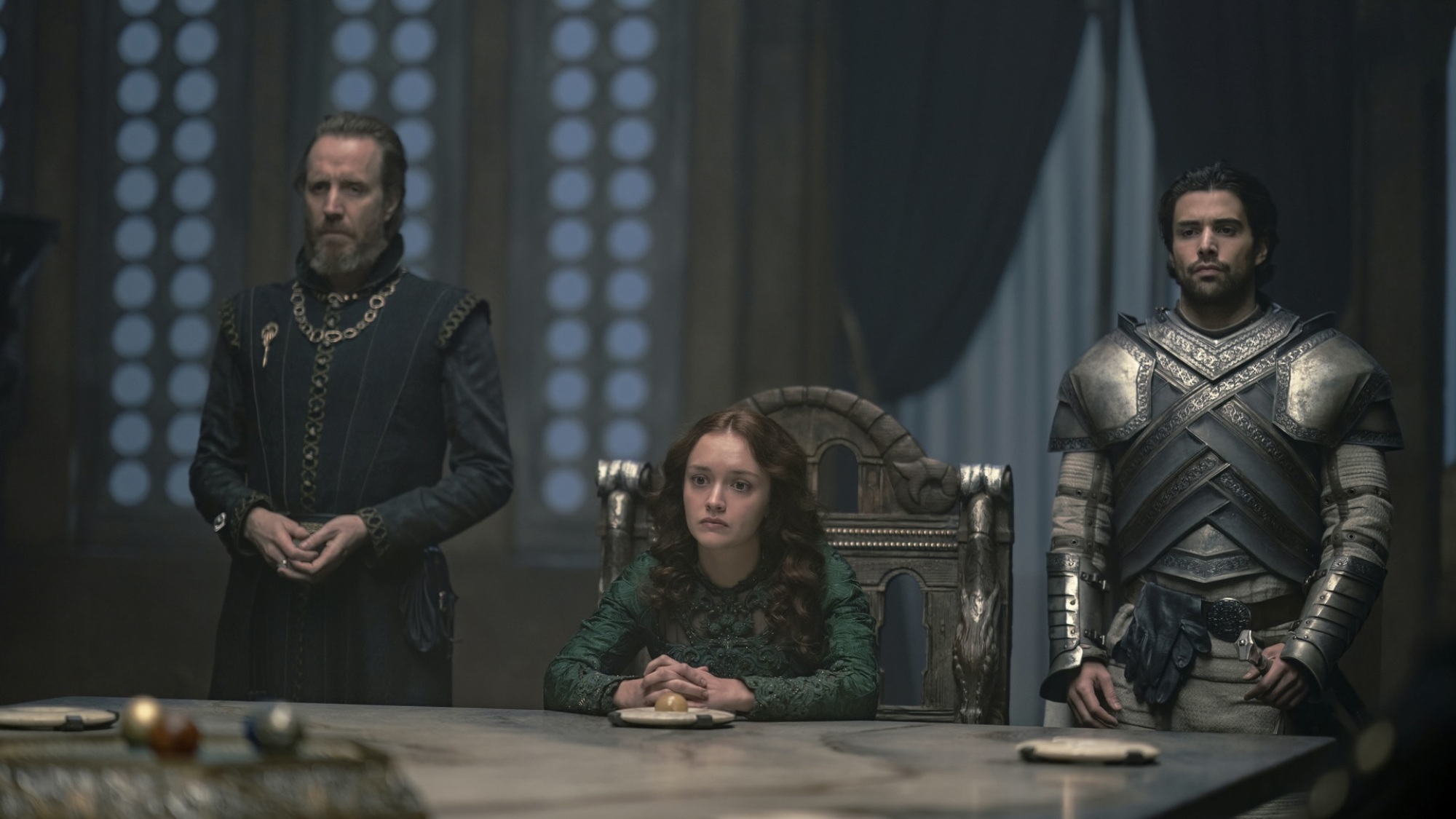 Don’t go into the “Green Council” expecting action on the level of Battle of the Bastards. Yes, Criston and Aemond have a quick fight with the Cargyll twins, and yes, we have a flash brawl between street hedgehogs. But most of the fighting in “The Green Council” takes the form of stealth political maneuvers and defensive deals.

The hunt for Aegon pits Otto against Alicent in a surprising confrontation. Whoever finds him can first decide how the coronation will go – and what will happen to Rhaenyra. Alicent doesn’t want her childhood best friend murdered, while Otto has no qualms. Tensions linger between them towards the end of the episode, hinting at tough times ahead.

Structurally, “The Green Council” has a lot in common with combat-focused episodes like “Blackwater,” “The Watchers on the Wall,” and “Battle of the Bastards.” Like those three episodes, “The Green Council” focuses on a specific location in Westeros, not cutting back on other storylines like those of Rhaenyra and Daemon. This choice left us in the grips of the very chaotic happenings at King’s Landing in the lead-up to the coronation. It also builds anticipation for the Season 1 finale. How will Rhaenyra and Daemon retaliate when they discover Viserys’ death and Aegon’s ascension to the throne?

Is there any episode 9 levels in “The Green Council”? 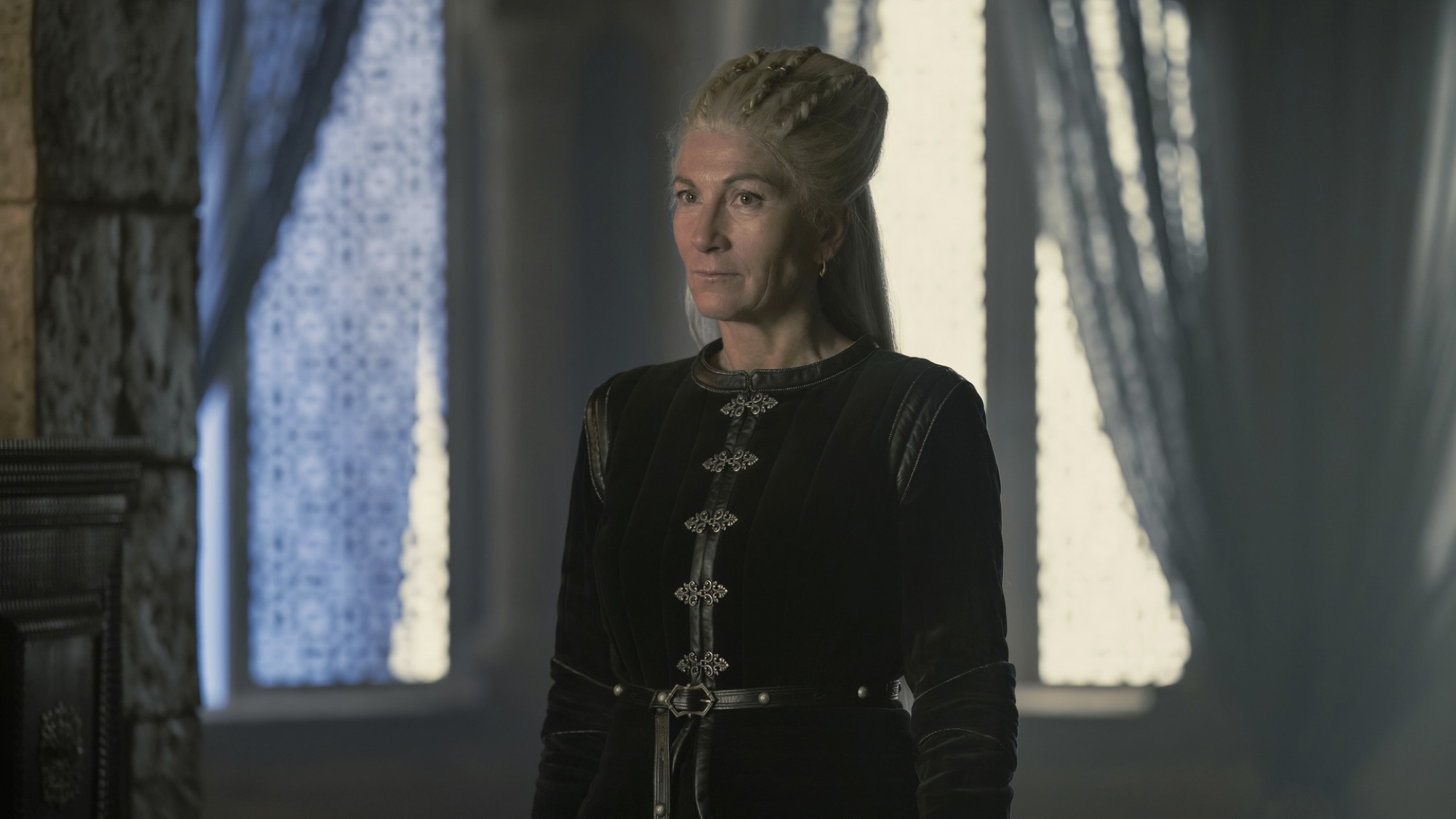 Most certainly. “The Green Council” may not be a particularly action-heavy episode, but in its final few minutes, all hell breaks loose.

Princess Rhaenys and her dragon Meleys dashed across the floor of the dragon pit where the coronation was taking place, taking big tit-for-tat from the sham procedure. However, if you thought we were going to have another Red Wedding-style massacre on our hands, think again! Rhaenys forgives Alicent and her entire family. Instead, she flew out of King’s Landing, presumably to tell Rhaenyra everything that had happened.

It was an undeniably bad moment, and one that wasn’t even in George RR Martin’s Fire & Blood! It is also reminiscent of Daenerys’ flight over Drogon in Season 5, episode 9, “The Dance of Dragons.” Dramatic escapes on dragons? It’s a Targaryen thing.

While “Green Council” may not have the level of death and bloodshed, we expect from the final episodes of Game of Thrones seasons, it’s certainly full of twists, turns, and unsettling moments. But Dragon’s House quite different from Game of Thronesfocus on the political drama of one family instead of many families Game of Thrones. Focusing on the political ramifications of Viserys’ death, Dragon’s House stays true to its main Targaryen focus, while setting up what is likely to be a spectacular finale. Keep dancing!

New Dragon’s House episodes are available every Sunday at 9 p.m. ET on HBO and HBO Max.(opens in a new tab) Instagram’s grid pinning is rolling out to all users now How to record phone calls on iPhone