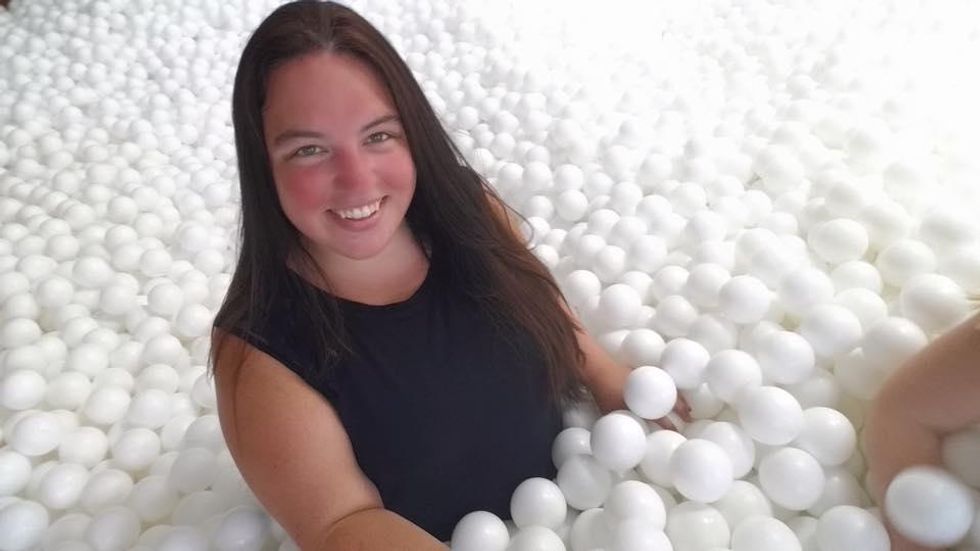 As told by Alexandra Frost

When I was a kid, when I watched shows with moms and LGBTQ characters on screen, she would stick her tongue out in disgust and make sounds of protest. At our Catholic church, where my family is deeply religious, I listened and was confused by ideologies: I don’t understand why God would hate someone who loves someone of the same sex. These influences, among others, meant that I would go through my teenage years, during which I was identified as bisexual, hiding the truth from my family and hiding it. let a few of my trusted friends know. “I like women, but I always picture myself marrying a man,” I told them. Going to Catholic primary and secondary schools doesn’t help either, as it’s not only uncomfortable to go out, but it can also lead to discipline. I didn’t know it at the time, but it took me a decade to reveal how I identified myself to my family.

High school was fraught with trials and trauma that shaped my life and identity. I was – and still have to battle depression, eating disorders and self-harm issues, all complicated by a less than ideal relationship with my mother. During my sophomore year, I was sexually assaulted multiple times by a senior. When I reported him to my guidance counselor – a brother from the Catholic school I attended – he told me that it was my fault for leading the senior, which exacerbated the depression. mine and increased my anxiety.

The first person I went to see was my sister, one of my three siblings, and her support encouraged me to confidently continue on my quest to find out what my true sexuality is. She said, “I love you. Whatever makes you happy.” When I finally debuted the rest of my family years later, her support was priceless.

In my senior year of high school, I started dating a man, and we quickly became engaged when we were about 20 years old. It was a relationship that made me trust men even more. He has cheated on me twice, is extremely abusive and will openly discuss how hot other women are to me, but when I express that I want to discover my attraction to women (especially when he pushed for an open relationship at the time of our engagement), he refused.

After my years-long engagement to my fiancé ended, I dated a transgender woman who still appeared to be a man at the time we started dating. She finally came to me as a transgender. In the six months we were dating, we visited my family before Rachel* started transgender or openly dating. I was hesitant to bring anyone home after the judgment I felt from my family in my abusive relationship. They really hated my ex-fiance (but looking back, I can see that they were just trying to protect me). At the time, bringing Rachel home before she was transgender didn’t question my siblings, and my secret continued. But our relationship did not last.

During my time with Rachel, I started researching gender, trying to rediscover who I was while trying to help her navigate things. I knew very little about the transgender community at the time but I wanted to be better equipped with the right terminology to help Rachel if she needed support and learn how I should tackle topics in a way that doesn’t. upset or provoke her. As we discussed and researched how she would define her identity, I became more and more curious about new terms and identities that weren’t available from previous years. In doing so, I realized that I identify as bisexual, meaning that gender is not a factor in my romantic, sexual or emotional attraction, not bisexual. It became all too obvious to me – gender is a construct, and in fact I don’t need a man or a woman, but a decent person.

Last year, during a lively conversation on Christmas Eve, I made a surprise family debut. We’re having a great time with a smaller-than-usual pandemic moment celebration, and I threw caution – and years of hesitation – to the wind, realizing that if my family were to bout, so be it. A relative asked: “Does the baby gate swing both ways?” I said to my sister, “Oh, just like me” on the other side of the table, much louder than I had intended. My father looked around, with a face that read, “What’s going on?” And my sister said, “Yes, just like Julie. It rotates both ways”. They enjoy the jokes, laugh and talk happily. It’s not what I expected. No one stopped and stared. No one has questions. I even dropped another joke in the hope that they really got what I meant.

I wish my family had explicitly acknowledged what I had said and confirmed that they still loved and accepted me but at the same time felt grateful that it wasn’t a bigger conversation. I don’t like being the center of attention, so that part of me has been cleared up. With no real reaction from my family members, not even confirmation that they really understood, I was still a bit worried about whether my family members were talking about me behind my back. I especially wondered about my mother – she didn’t say anything when I walked out. But a few weeks later, when I mentioned dating, she asked if it was with a man or a woman. It wasn’t disgust or judgment as I expected, but genuine curiosity, a reaction much different from her reaction to those TV shows when I was a kid. I’m still not entirely sure if she’ll accept my sexuality as “permanent,” but I think I can bring home whoever I want, as I’ve always hoped.

If I could go back in time, I would tell my 16-year-old self not to be afraid to experiment more and be more open to trying new things. I wanted to tell her that the pitch was going to be the way it was supposed to be. I want to let her know about all the hardships she will go through, but I will also tell her that everything will be okay in the end. I also begged her to get help sooner with her mental health issues and told her, and others, to start building their own support systems, even if they weren’t. family, like-minded people they can turn to.

I hope for myself and for others, that regardless of our sexual orientation or gender, we surround ourselves with kind people – to the planet, to the animals, to each other. That’s how I want to live. That’s the kind of person I want in my life: good people. Are There More Wheels Or Doors In The World? Here is the answer 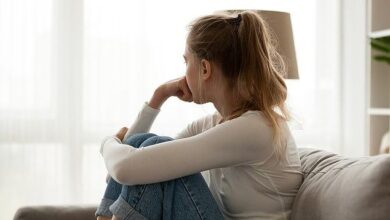