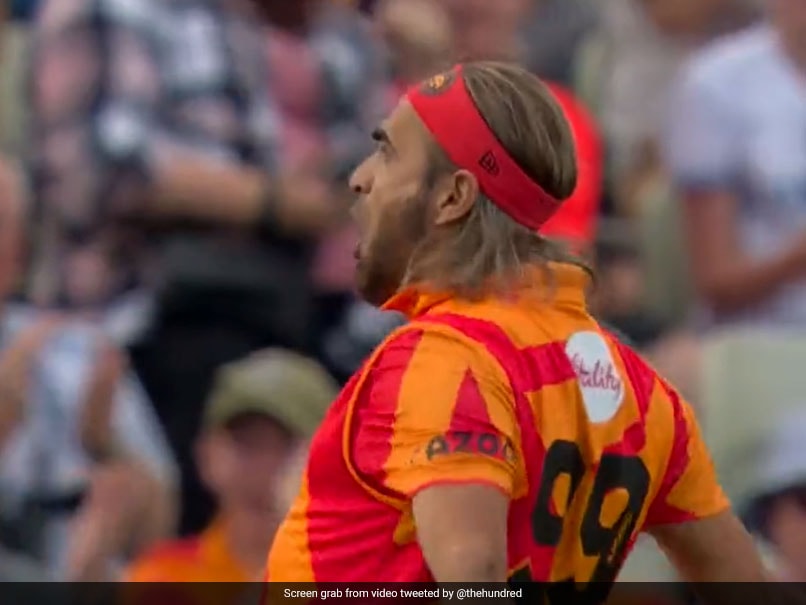 Age doesn’t seem to be a factor for 43-year-old South African Imram Tahir. Although the foot spinner has accomplished a lot in his illustrious cricket career so far, his zeal to do well every game remains intact. Among the many impressive things about Tahir is his celebratory style after taking a stick. On Monday, the player was again at his best in that division as he performed Cristiano Ronaldo’s ‘Siuu’ celebration after taking the header from Dawid Malan in The Hundred.

While representing Birmingham Phoenix against the Trent Rockets, Tahir trapped Malan with an overpowered delivery. England’s south side could not read the ball googly and misfired while trying to hit it to the side of his foot. As a result, the ball goes to the sky and the center Henry Brookes comfortable grip.

What followed was a typical Tahir running across the ground to celebrate the wicket but this time the spinner added flavor to it with Ronaldo’s ‘Siuu’ celebration.

Speaking of the game, Birmingham Phoenix beat the Trent Rockets by 7 snaps. Hit the first ball, the Trent Rockets posted a total of 145/6 of the 100 specified balls. Daniel Sams led the inning with 55 undefeated out of 25 balls. Meanwhile, Benny Howell returns 3 for 28 and Tahir returns 1 for 26.

In return, Birmingham Phoenix went home with 14 spare balls. Fifty words Moeen Ali and Liam Livingstone helped them register an easy win. Moeen was out of 52 of 28 balls but Livingstone remained undaunted until the end to return with a 51-game unbeaten run with 32 balls.

Putin claims U.S. wants to 'drag out' war in Ukraine All-Star Game Ump Cam: Alek Manoah throws the ball in the face of the fouled referee