It was 8:55 am on 17th July 1947. When the loud whistle blew at ‘Bhaucha Dhakka’ or Ferry Terminal in Mumbai, the last few passengers scrambled for SS Ramdas, a 406 ton ship built in Scotland. For five days a week, the Ramdas, a passenger ship, sails between Mumbai and Goa. However, on Saturdays it makes trips from Mumbai to Reward (in Alibaug) and back. This morning, it was unusually packed, with over 800 passengers. Shravan month, marked by abstention, has begun and many people want to return home for a ‘gatari’ party – the evening enjoyed before Shravan – with a hearty chicken dish and a glass of ‘taadi’, local beer. About 700 passengers will perish in half an hour, destroyed by the raging monsoon sea.
As India prepares to celebrate 75 years of Independence, perhaps the country’s worst maritime tragedy, and certainly worst in passenger transport, has sunk into oblivion.
It had rained heavily the night before, but according to the official version, the sky was clear when Ramdas left Ferry Wharf. Soon after, heavy rain hit the shore, and the ship was caught in a great storm. At 8:35, while still 7.5km off the coast of Mumbai, the ship was hit by a huge wave on the starboard or starboard side and as listed, all the passengers panicked and ran to port or port, leading to ship capsized. down for a minute and remove them all.
The train normally takes 1.5 hours to reach Rewas, so when it didn’t arrive in time, the employees of the India Cooperative Steam Navigation and Trading Company, which owns the ship, got worried. . Without wireless broadcasting equipment, no one knew anything and the port of Mumbai could not be informed in time due to lack of radio communication. A few hours later, a coastal patrol boat near Enntrance gate of India discovered a child in the sea. Barku Mukadam, just 12 years old, slipped into the water like the other passengers but was lucky to keep the lifebuoy floating towards the Gateway. He was saved, and after he narrated the story of the shipwreck, search and rescue operations were launched.
The rain hindered the rescue work, so it lasted for many hours without much progress. The bodies of many passengers were washed ashore, at Elephanta Island and Butcher Island off the coast of Mumbai, and along the city’s harbour. One belongs to a 13-year-old French girl, Ms. La Bouchardier, who sailed with her parents and 14-year-old brother. While her body was found at Butcher Island, the bodies of her parents and brother were never discovered. The wreckage of the ship was also never recovered, although the site of the sinking was identified as Karanja-Kasa.
More than 90% of the victims were middle class, low middle class or poor. Most of them are Marathi speakers from Girgaum and Lalbaug with families in Alibaug, and Muslims, with families in Alibaug or those heading to the island of Janjira, where Muslim settlements are located. . One of the Muslims seems to have been saving money for years to take his mother on the Janjira pilgrimage. Both perished.
Among the lucky survivors were a Jew, Rubin Sassoon, and at least two Britishers, Francis Drying and MG Mall. The ship’s captain, Sheikh Suleman Ibrahim, and other crew members also survived, fueling accusations, largely unfounded, that they were monopolizing lifebuoys rather than trying to help passengers. The case shook India, and The Times of India editor at the time, Francis Low, launched the newspaper’s own relief fund for survivors and victims’ families; The proceeds have been delivered to the government.
But Independence was near and the Maritime Inquiry Tribunal’s investigation began two months after the tragedy. The result was the dismissal of several shipping company officials and the recommendation that wireless equipment be fitted on all ships. Monsoon passenger boat trips have been halted. No memorials have been established for the victims.
Because of the arrival of Independence less than a month after the tragedy and horror of the Separation, the sea disaster soon faded into the background, revived only by the memories of a generation that referenced it to indicate reveal their age and location at the time of Ramdas’ sinking – a bit like how people in the 21st century refer to their age and location when 9/11 or 26/11 happened.
For several years, however, a street singer in Mumbai’s Girgaum used to move around with his harmonium, trying to preserve the memory of the colossal disaster. He will sing in Marathi, ‘Gele tey bichare, jeev darya-tali gele’ (Gone are lost souls, to the bottom of the sea.) 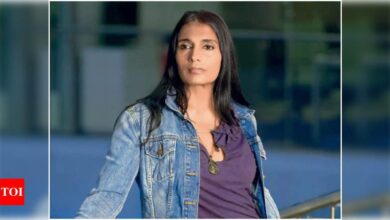 Anu Aggarwal’s Boldest Interview: I was about to get married and then… | Relationships, Turning Monk and more – Exclusive | Hindi Movie News