After Charles III ascended the throne as King of Great Britain and 14 others levelthe question popped up while continuing relation of wider Commonwealth of Nations headed by the British monarch. The Commonwealth is a group of 56 countries, with a total population of 2.2 billion. Of these countries, only Australia, New Zealand and Canada have a special relationship with the UK, through the Five Eyes intelligence alliance (which includes the US).

Most Commonwealth member benefits are non-existent. This raises the question of why an ambitious superpower like India would humble itself by remaining in an international conglomerate defined by the colony. A glance at the map of the Commonwealth reveals a scattered heap of mediocrity, inequality and/or poverty.

Some might refute this claim by citing Singapore as a prime example of a successful former British colony. In that case, name a world-class product, scientist, intellectual, chess grandmaster, musician or writer of that country? Or a comedian, for that matter? Now compare Singapore with Israel, the country with which it was often associated. There is absolutely no comparison in any field. Israel is light years ahead in science, technology, music, art and even urban agriculture. If one needs other comparative examples, repeat this adjoining position with other small countries such as the Netherlands and Denmark. Singapore thrives as the hub of Southeast Asia – and no more than that – and its wheels are constantly lubricated by a perennial supply of talent and foreign capital. Ironically, this infusion led to a year brain drain among those born in its native land. But there’s no denying that Singapore is a well-run city-state known for its efficient government; one that also keeps discussions and public dissent in check permanently.

The colonial criteria for becoming a member of the Commonwealth also provoke neutral observers to wonder if “National independence “ nothing more than the transfer of batons from foreign lords to a skillful local management. If there is any value to this line of thought, local management can foresaw that their country may never emerge as another Japan, Korea or Taiwan. Industries from these countries have wiped out the once dominant British brands. Coincidentally, these technological powers were never colonized by Britain. Korea and Taiwan happened to be under Japanese domination but their recovery from colonial oppression was simply breathtaking.

There is a number of sociopolitical turmoil that plagues the British Commonwealth today. These include intellectual timidity caused by mass censorship, the suppression of indigenous talent; lack of national coherence, a corrupt justice system, and politics of mass distraction. High value development initiatives in these countries have historically been seeded in the bud by British Commonwealth agencies and nationalist political parties. . The net result is total underperformance across the country.

As one well-informed Indian diplomat put it, when Britain granted ‘independence’ to these colonies, they ensured that only British assets were placed in authoritative positions, and those Anti-British riots are sometimes designed to reduce suspicion whenever and wherever. they emerged. Despite the obvious factors, the children of such politicians often end up in British universities and enjoy the patronage of London. This new cycle of colonization will repeat at the expense of national development.

To borrow elements from George Orwell’s Animal Farm, why would an orangutan – who is against the order of nature, and who has spent millions of pounds on his evidence and political advancement – is willing to nurture a formidable group of intellectuals in its territory? If it ever does, it could be challenged on the validity of eternal white elephant projects and a constant stream of worthless policy papers that often favor the geo-economic interests of the country. Older brother. This is where “the politics of mass distraction” worked, naturally led to another Commonwealth unrest,”lack of social cohesion. “ Many Commonwealth countries are hopelessly sunk in an ethnic gulf, thanks to Britain’s divide-and-rule policy. Another colonial legacy, the corrupt justice system, ties the whole framework together. Never-ending child sex trafficking scandals involving those in positions of authority England, Canadaand Australiamanifests the unrest of the broader Commonwealth.

As for membership benefits, consider the billions of British scholarship funds that have been spent on tens of thousands of Commonwealth students since 1945. How many Nobel Prize winners have been in the UK since 1945. science Is this heroism created? How many game-changing, innovation, platinum records or best-selling text patents are there?

His “human capital policyIn its fields it is said to have taken a turn for the worse after the founding of the National Congress of India (also known as the Congress Party) in 1885 by a colonial administrator named Allan Octavian Hume. Originally, the Congress was envisioned as a consultative forum for colonial governments courtesy of “good upbringing” and the noble Indians of “good upbringing” And education. However, to the horror of the British establishment, the unruly Indians were quick to throw away their colonial traps in favor of full independence.

The British responded quickly and with characteristic brutality, followed by decades of mass incarceration, forced famineand serial killers like Massacre at Jalianwalla Bagh. This is, after all, the age of British racial supremacists like Houston Stewart Chamberlain and Rudyard Kipling. Chamberlain was once described as “Hitler’s John the Baptist“While stamping Kipling’s swastika Green Forest Book loved by the Nazi Party. This is where the colonial orangutan analogy comes into play.

Colonial hostility to the Indian independence movement was accompanied by a cleverly executed divide-and-conquer strategy that pitted the Muslims against the Hindus, eventually leading to the division of India. Hindu-Muslim riots are taking place in Leceister, United Kingdom, is a legacy of that strategy. A similar game was played in the Levant, pitting the Arabs against their Jewish neighbors. Historians rarely investigate the basic denominator between 1921 Mappila Uprising in India and 1929 Hebron Massacre. But, again, the mainstream narrative was attacked long before any of us were born.

London will never repeat the same mistake it made with the Indian Parliament. There will be no more cultivation of the best and brightest in its fields. A new generation of Indian leaders will be incubated; who clung to extravagant fantasies of Fabian socialism, sleazy neo-rights, and petty bureaucratic wonders. When India gained independence in 1947, a empty seat was devoted at cabinet meetings to the ghost of Harold Laski – the father of Fabian socialism. Other seats were occupied by his supporters and sympathizers. Louis Mountbatten, the last British viceroy to come to India, and an accused pedophilewas appointed the first Governor-General of the newly independent nation.

But one should not fall into the trap of choosing India as an example of colonial masochism. It continues to have its fair share of genuine nationalists, the freest press in the Commonwealth (freer than Britain), a commitment to geopolitical multipolarity and public records, and debates about the path to independence. Records of this type do not exist elsewhere in the British Commonwealth. Furthermore, the Bombay High Court is the only institution of its kind that has served legal notices on Bill Gates about vaccine deaths allegedly caused by “Charity” operating in India.

Of course, if the Commonwealth shows signs of disintegration Soon, several symbolic plays can be arranged. The Koh-i-Noor For example, the diamond could be returned to India as a magistrate gesture from Charles III. Imagine the euphoria in New Delhi? But if Indians need some real inspiration for the period volatility, uncertainty, complexity and ambiguity that will be waiting for them, they just have to look south to Sri Lanka. When the economy collapsed, the people of Sri Lanka rallied together against the black and hairy politicians who sold out their country. This solidarity is simply remarkable, especially when one considers that the 25-year Sri Lankan civil war ended only recently in 2009. Contrast this with the ongoing carnage of humanity. out. fight to eat in Pakistan even as its citizens rallied around British-affiliated politicians who gave them nothing but meat pies. The mayhem witnessed in Pakistan is likely to repeat itself across the Commonwealth in the months and years to come.

It is mistakenly called the Commonwealth built on enslavement, exploitation and bloodshed. The division caused by the colonial regime has yet to be mended. However, power structures in the Commonwealth need more extensive lifelines in Britain than ever before. But how will Charles III deal with the growing irrelevance of this fossil structure? As a proponent of population control and centralized world government, he could use his position as head of the Commonwealth to integrate his struggling nations into the program. The World Economic Forum’s Great Reconstruction agenda. After all, the internal prerequisites for this transition were established decades ago.

Own a Hyundai, Kia? The report claims it's easier to steal because thieves can hack the key

Chiefs, not Bills, have earned the right to be AFC's favorite until proven otherwise | What's going on? 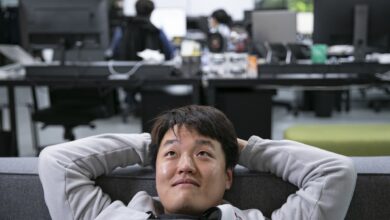 Do Kwon says he’s not hiding amid manhunt after UST, luna collapse 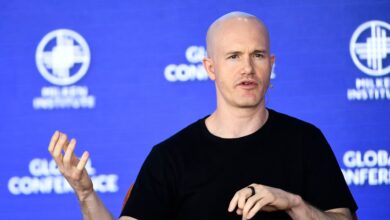