The prime minister sends a ritual offering to a war shrine to honor Japan’s war dead and has been the source of diplomatic friction with neighboring countries.

Japanese Prime Minister Fumio Kishida sent a tribute to a controversial temple that glorifies the war of the dead country but is seen as a symbol of militarism in the past.

Kishida sent a ceremonial tree “masakaki” for the autumn festival of Yasukuni Shrine on Monday.

Kyodo news agency quoted sources close to the leader as saying he would likely refuse to visit the shrine during the two-day festival.

No Japanese prime minister has visited the shrine since 2013 when then-Prime Minister Shinzo Abe’s visit sparked fury in Beijing and Seoul and a rare diplomatic criticism from the ally. close to the US.

The Yasukuni Shrine in Tokyo honors 2.5 million Japanese, most of whom have died in war since the late 19th century, including convicted war criminals.

Chief Cabinet Secretary Hirokazu Matsuno declined to comment on Kishida’s offer during his daily press conference, saying the prime minister submitted it as a “private person”.

But Kyodo news agency said the masakaki was accompanied by a placard saying “prime minister”.

A spokesman for Yasukuni Shrine said Sanae Takaichi, the minister in charge of economic security, visited the shrine on Monday during the festival.

Commerce Minister Yasutoshi Nishimura visited the shrine on Friday, before the festival began. A letter to… the ocean, from a lifelong surfer | Environment 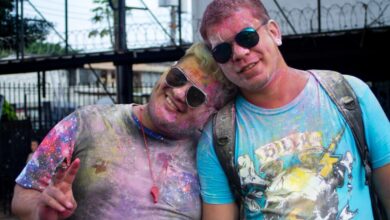 Voting Bill of Senate Voting of the Senate 2022